When we think of the Middle Ages, of the Renaissance, we think of French knights on horseback and frescoes in Italian churches. Rarely do we think of Poland. But Poland has a rich and vibrant history.

Throughout the High Middle Ages, Poland developed itself into a formidable power and vibrant kingdom in Eastern Europe. Krakow stood out as a significant trading center in the east for centuries. Poland as a whole allied with Lithuania and was able to build a multi-ethnic army during the 14th– and 15th-centuries, allowing them to challenge one the largest and most prosperous chivalric order in the medieval world, the Teutonic Knights. Through the Polish-Lithuanian Commonwealth, the kingdom was able to maintain its position for centuries, becoming one of the largest and most diverse states that early modern Europe had ever seen.

The Renaissance, while generally associated with Italy and France, also flourished in Poland. Today, several Polish cities still boast their “old towns”—neighborhoods and districts that are more than two hundred years older than the United States itself. In these buildings, the embracement of the Renaissance is clear in the rising columns and rounded arches. In the art museums, there is further evidence that makes it obvious that the Polish welcomed the Renaissance to their land. The country has even brought back and adopted one of Leonardo DaVinci’s masterpieces, Lady with an Ermine. 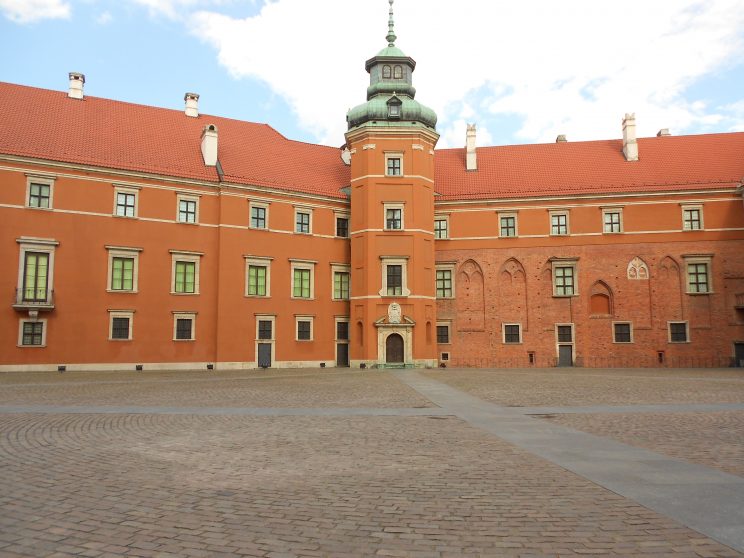 While Poland certainly shares a number of similarities with the western nations that overshadow it, it should also be noted that Poland made itself a unique nation in several aspects during the Middle Ages and Renaissance.

Unlike many kingdoms in the west, Poland welcomed the Jews into the state. That’s not to say there wasn’t any prejudice against the Jewish people from many Poles. However, the Jews enjoyed a number of special protections and rights under Polish royals and nobles that they could not find in other European states.

Additionally, Poland found itself in an advantageous position during the 14th-century. While many of the western and central states found themselves suffering under war, famine, and the Black Plague, Poland’s issues were relatively much less damaging. They were able to form alliances with most of their neighbors rather than turning to war. The country was spared from crop failures and actually exported a significant amount of food to the western lands. Poland was also passed over by the Black Plague, saving its population from the decimation experienced by other nations.

One particularly interesting point of Renaissance Poland was the decision to elect its king. Of course, it was the nobles and upper class citizens in the Sejm that voted, not the peasant majority. The fact that Poland had any sort of election process for the highest position at all is certainly a standout point, especially since it was carried out in a time when many of royal families were beginning to adopt divine right and the early stages of absolutism. 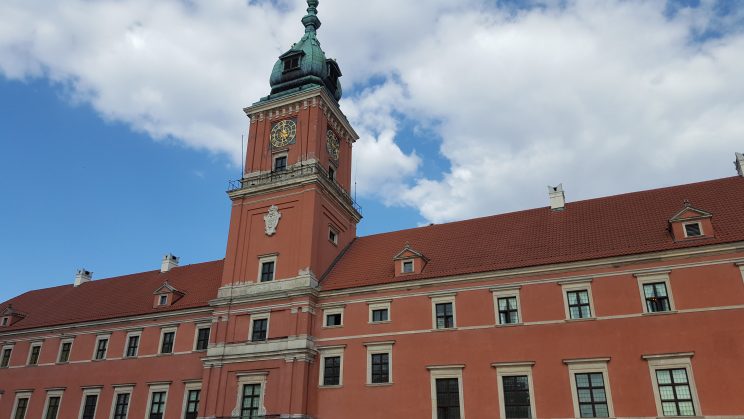 One of the many castles we visited in Poland

Learning about the Medieval and Renaissance History in Poland was a wonderful experience and an unconventionally perfect segue into the transition from prosperity to exploitation. Because of this trip, I feel that the Renaissance can be easily generalized because the emphasis is on Europe as a whole rather than individualized within countries. For instance, I never knew that Poland had its own distinct Renaissance style. The “Lublin Renaissance,” contrary to what its name may suggest, was an architectural style that was found in and out of the Lublin region. About 90% of buildings were built in the Lublin Renaissance- style. A lot of the buildings were religious; however, private buildings such as houses were also built in this style. One of the most known Lublin Renaissance building was the Church of St. Agnes in Lublin.

Wawel Castle was another interesting place we visited and was refurbished in typical Renaissance style. Wawel Castle was not the first castle built during the Medieval period in Poland. In fact, there were already 45 other castles in existence. Wawel Castle itself has an interesting history because of its changes in styles. The castle was originally built in the 11th century but had been renovated multiple times due to destruction. The result of multiple renovations caused Wawel Castle to represent most of Europe’s architectural styles- gothic, renaissance, and baroque. There is no one set style found at Wawel, which makes the castle at the more interesting.

Wawel Castle had and still does represent Poland’s statehood. During the tour of the Castle, one story stuck out to me. The tale told of a Polish king who put gold horseshoes on all of his horses during a visit to Rome. His plan was for the horseshoes to fall off in Rome and make its citizens believe that Poland was immensely prosperous and that all the horses there wore golden horseshoes. This was an act of propaganda made by the Polish king to make Poland have a high reputation. This story is remarkable because of the king putting so much effort into creating an illusion abroad about Poland. National pride can be found throughout Poland’s history and is symbolic in many ways.

One part of the defense system of Malbork

Malbork Castle is also a remarkable place in Poland. Malbork Castle is the biggest brick and gothic castle in the world, which is surprising considering the whole history of Poland’s formation. Malbork Castle is most known for the Teutonic Order who had the castle made to be impregnable. The castle was never successfully conquered despite being sieged four times in the medieval age alone. To be able to visit such a place made the trip all the more memorable. 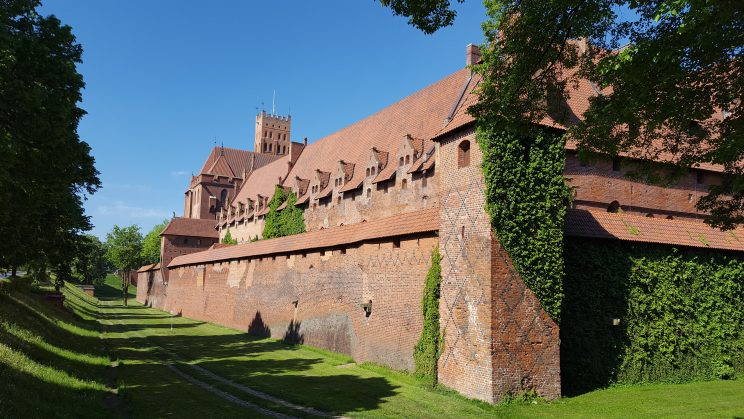