The pictures below were taken in the Welcome Center Museum at the Treblinka Concentration Camp.

Signage is in three languages: Polish, English, and German. 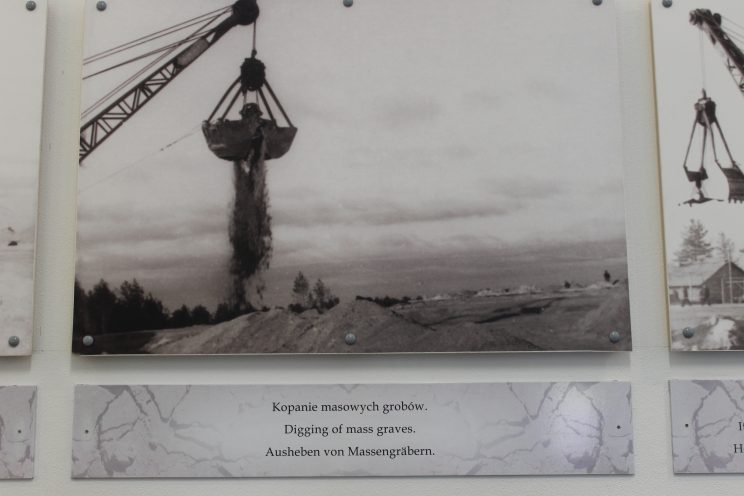 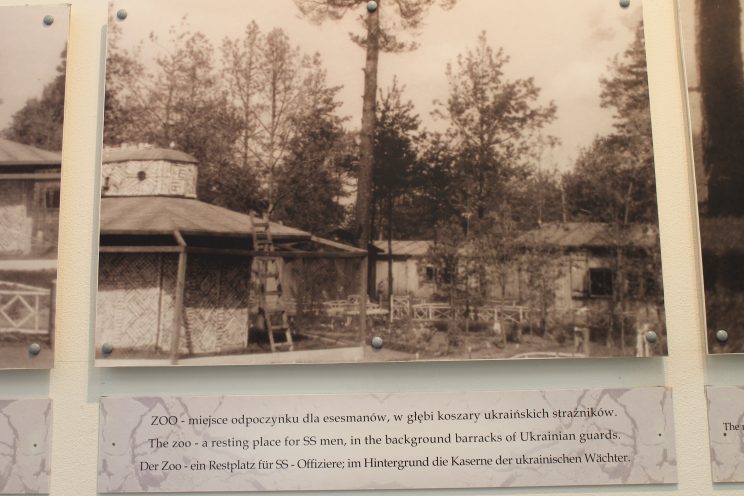 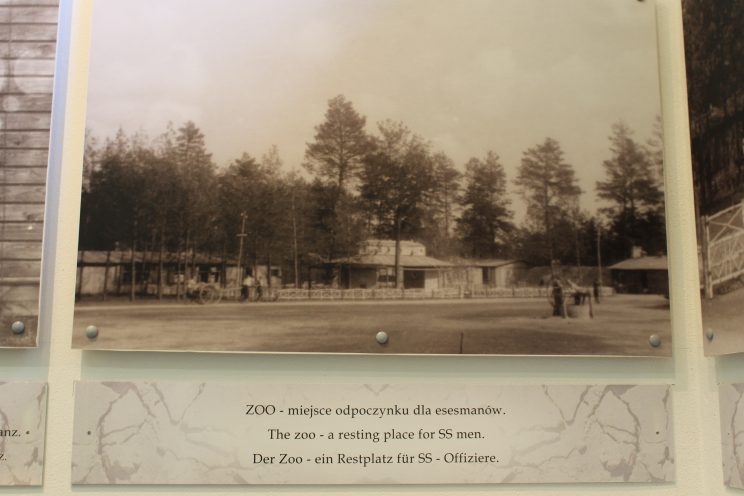 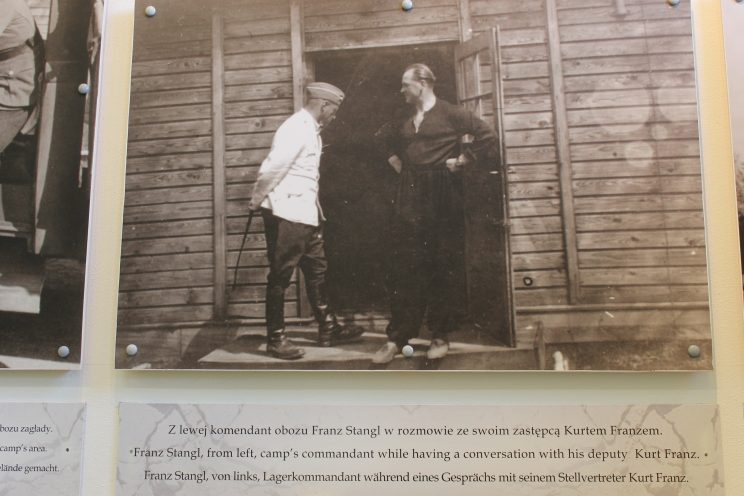 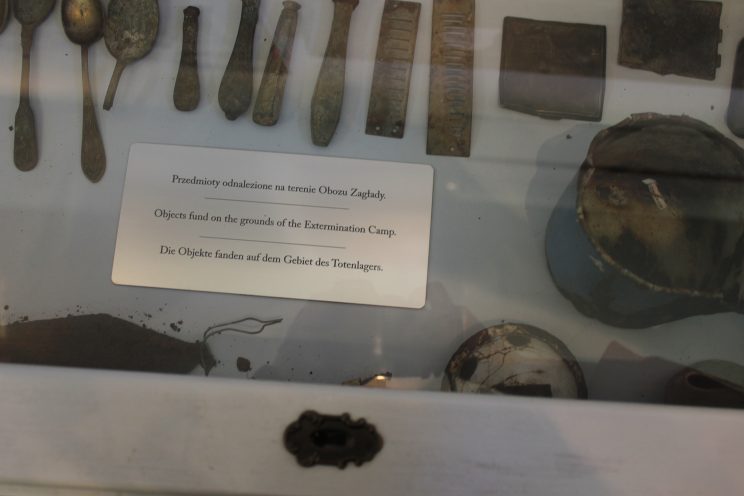 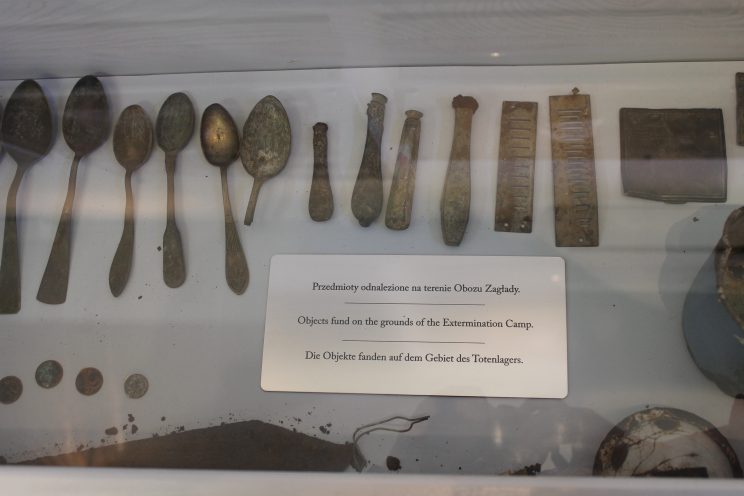 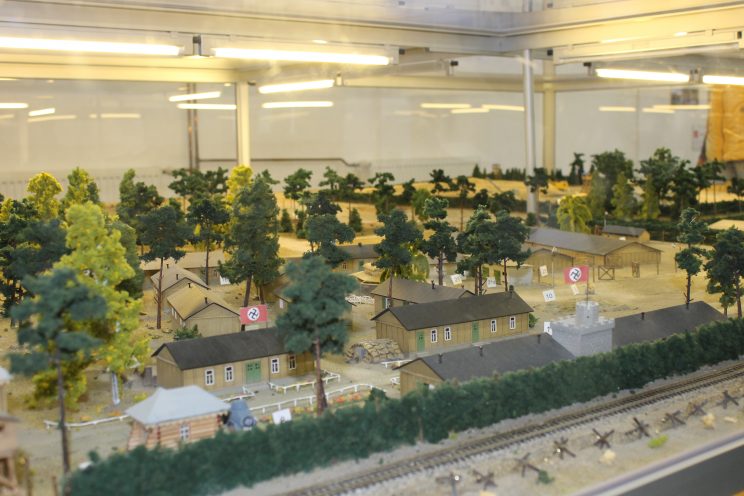 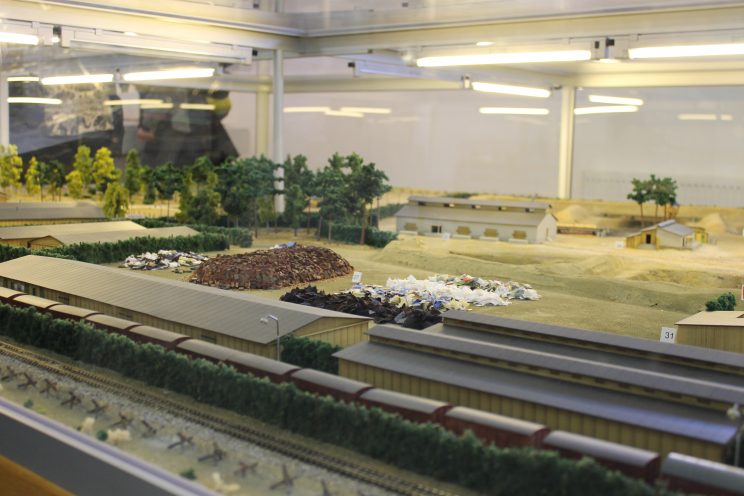 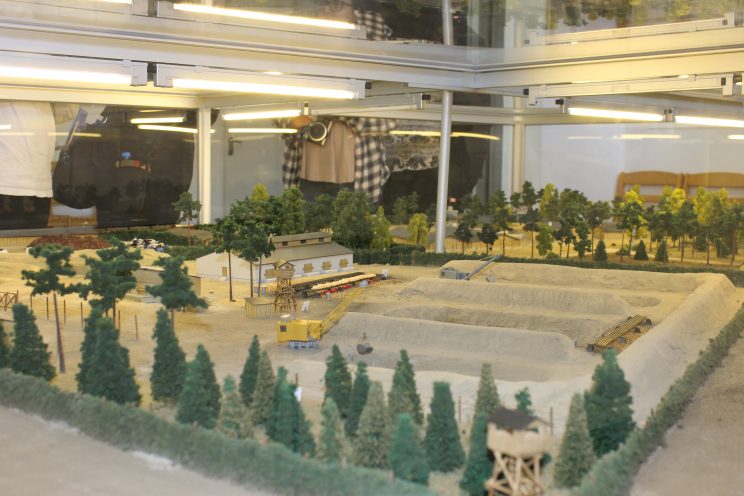 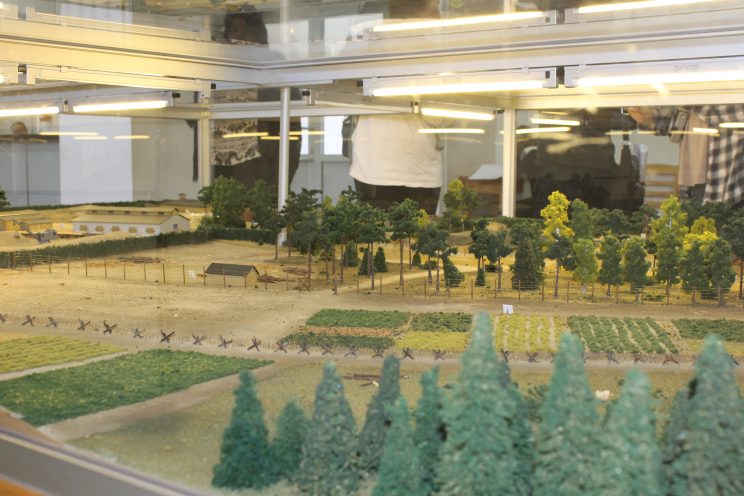 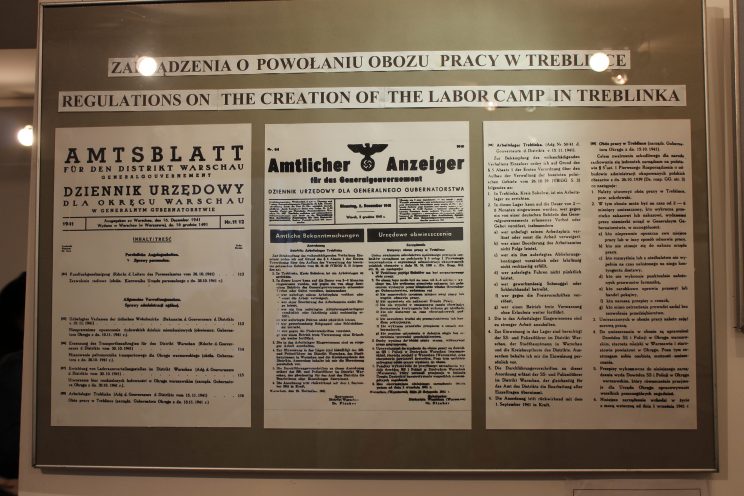 Nearly everywhere we went it cost to use the toilet. Even at the concentration camps.

At Auschwitz I there was a fairly large visitor center with a restaurant and snack bar, as well as a gift shop that mostly sold books and post cards. they had a bathroom (paid).

At Auschwitz II there was a small gift shop and another paid bathroom.

The issue of paid bathrooms at concentration camp memorials is an interesting one. On one hand, the preservation organization must have a way to make money for upkeep of the historic sites. On the other hand, it seems a bit out of taste to ask visitors who are paying their respects to pay to use a restroom where such tragedy occurred.

At the last concentration camp we visited, Stutthof,  there was first a couple of short films we watched. It was a nice addition to the usual museum-like exhibitions. However, the second film was very disturbing and we were given no warning about it before hand. Images implying the death of children should have warnings.  In the actual museum portions very little was in English. I had the impression that they do not have many English visitors, or really many visitors at all. The “visitor center” was very small and was really only for ticket sales. There was no guest book like many of the other camps had for visitors to leave messages.

The best tour guide from the whole trip was the woman who led the Auschwitz tour. She led the tours at both Auschwitz I and II and was very knowledgeable and deeply involved in the preservation of the camp. Usually, I liked the stops where we got to explore by ourselves, however, I was very thankful we had her for that tour, because I don’t think I would have taken as much away had I been on my own.

Our city guides were fairly good as well (with one glaring exception I won’t talk about here.) Our guide in Krakow was my favorite. It was very obvious he really loved his town and he was the easiest to understand.

(I don’t have pictures of everything, if I find pictures from other people that are relevant I will add them later)

Almost every Holocaust site we visited had a museum for remembering the victims. These museums had guest books (or “Kronika”) for people to leave their names in. The first book I saw was at Treblinka’s memorial museum. I was surprised when I flipped through the pages: there were signatures that dated to back before the memorial museum had opened. With help from Pavel, our amazing tour guide, I did some investigating and found out that the guest book that they had available was actually one of a series. Treblinka had guest books for visitors that dated back to 1964! 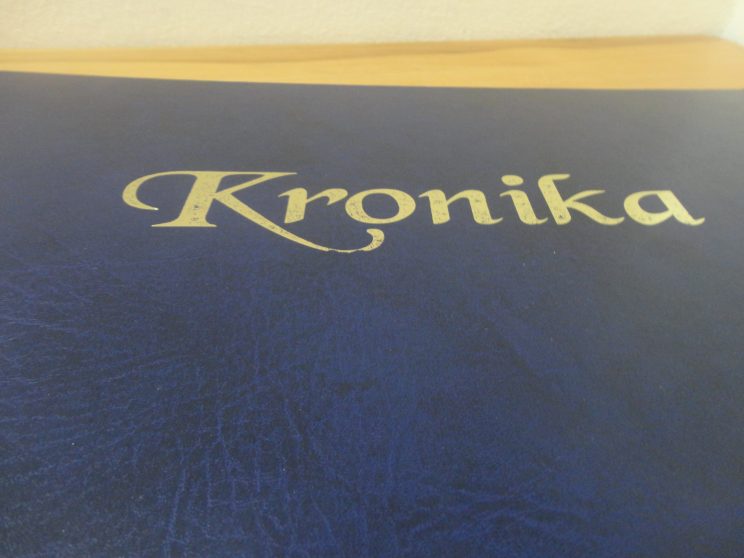 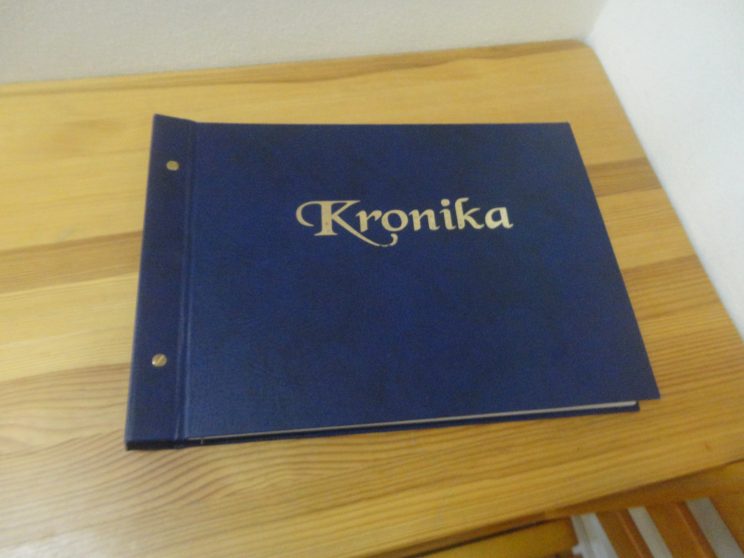 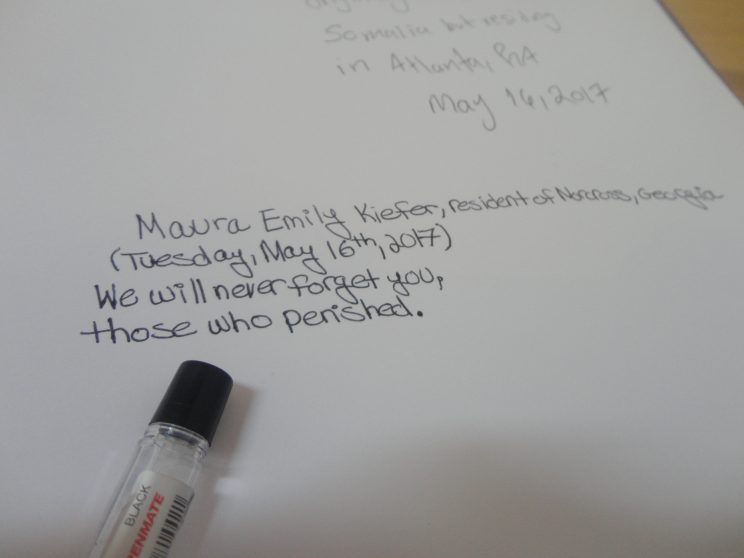 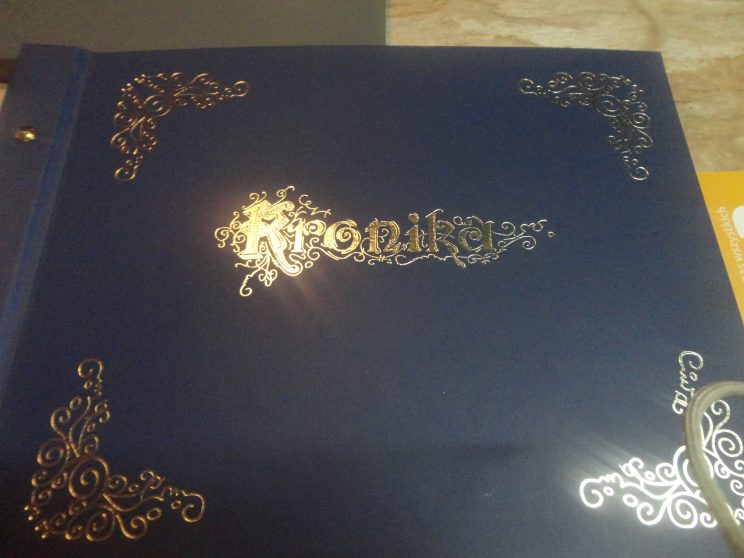 The pictures above are of the guest books at Treblinka and Majdanek. I didn’t know what to write in the guest books. I knew that I had to write more than just my name, but what could I say? What can really be said or written about a horrible place that hasn’t already been written or said? 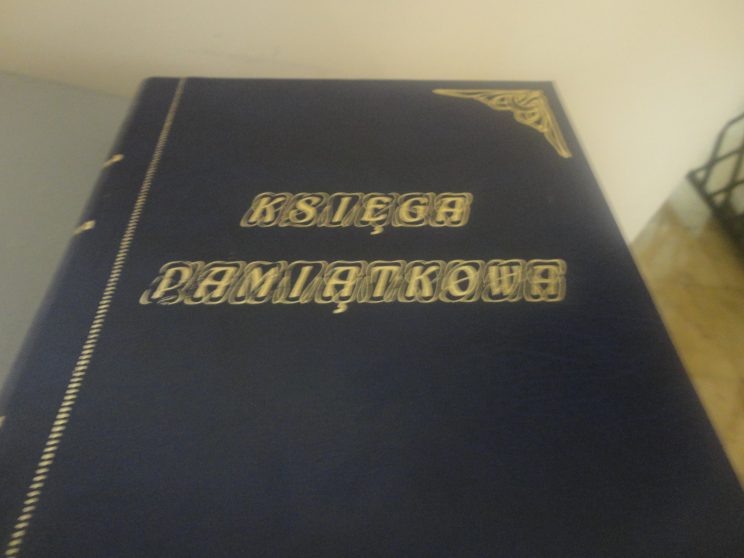 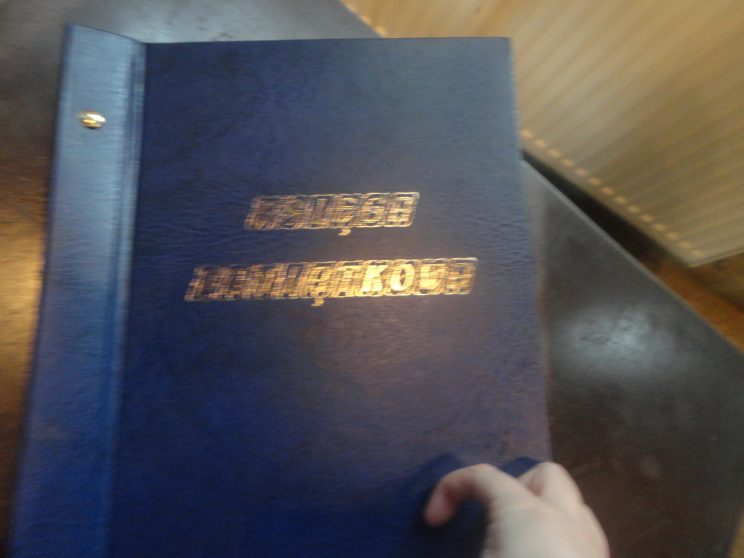 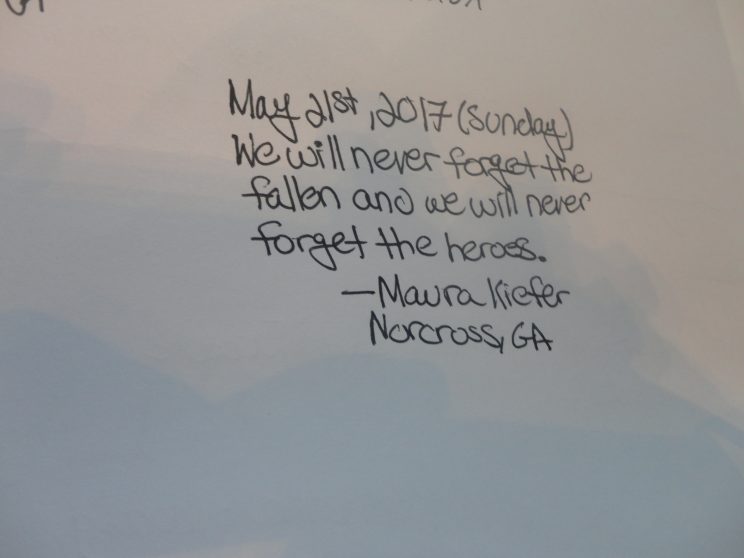 I was pleasantly surprised to see that places other than Holocaust memorial sites had guest books, such as the Old Synagogue and the Oskar Schindler Factory Museum. The pictures of the guest books are above.

I was a little disappointed when I couldn’t find a guest book at Stutthof, but not really, given that that camp isn’t one of the most visited Holocaust memorial sites. However, the camp had something that others didn’t have: a movie theater for playing Holocaust-related films, including one related to the Nazi war criminals going on trial. The movie theater is pictured below: 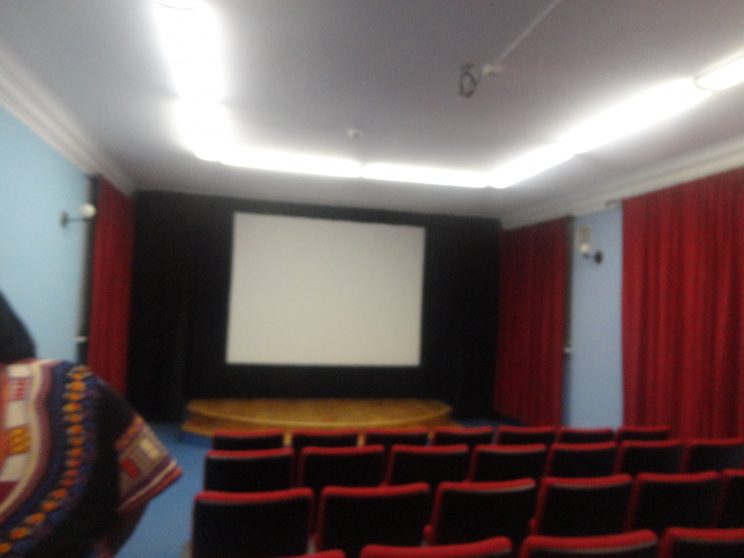 (I apologize for the blurry quality, I was trying to snap a picture before the films started and I didn’t want to get in trouble for taking pictures in a movie theater.)