Wawel Castle is considered the best example of the Italian style outside of Italy. It was built by Sigismund I and features the arches, columns, marble, and gold domes that are prominent in the Italian style of Renaissance architecture. 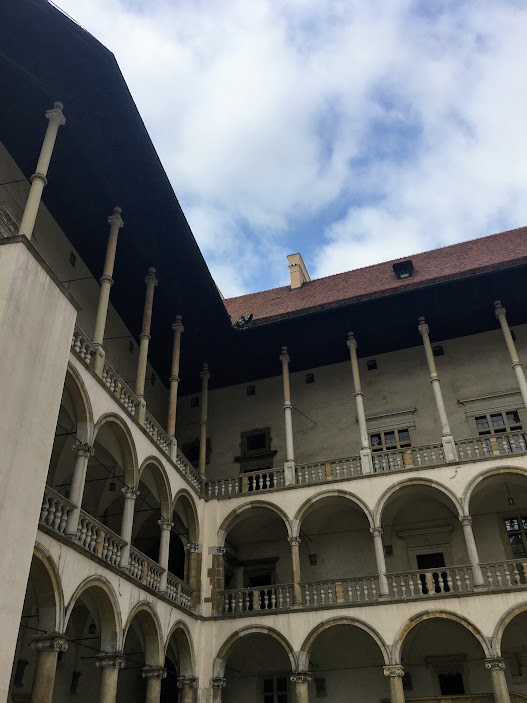 The Courtyard of the Wawel Castle

The interior courtyard of the Wawel Castle is an excellent example of Renaissance architecture.  The structures are longitudinal, with rounded arches and classical columns. Additionally, it is constructed out of stone, whereas much of the Gothic architecture of Poland is done in the Brick Gothic style.

While we were not able to photograph the Renaissance art inside of the Wawel castle, the tapestries and paintings that filled the castle were stunning. I’ve put images of these in a gallery below, courtesy of the Castle’s official website.

Inside the Castle, the influence of the Italians was clear. Paintings featured Latin, and the artwork, although created in Brussels or Flanders, would not be out of place in Milan or Florence. It was clear that Jagellonian royals like Sigismund I, Bona Sforza, and Sigismund Augustus valued the style, and valued the antiquity of Rome.