Looking at images of victims of the Holocaust is difficult. We saw them everywhere– at the Schindler museum, at Majdanek, at Auschwitz, at Stutthof and Treblinka. Auschwitz was perhaps where we saw the most images of victims. In a bunker, their ‘mugshots’ line a hallway. There are large, blown-up photographs of children waiting near fences, of prisoners sorting through luggage.

However, one must acknowledge that grotesque, sickening pictures of emancipated prisoners in terrible conditions did not come from the Nazis. Those images that are famous, and are often burned into our minds from a young age.

The Nazis were careful to not photograph their actions or attempted to portray them positively. If they had evidence, it was burned. One of the most harrowing images of the victims of the Holocaust comes from the victims themselves: a prisoner stole a camera and photographed naked Jews on their way to the gas chambers.

Photograph of naked prisoners; taken by a prisoner. 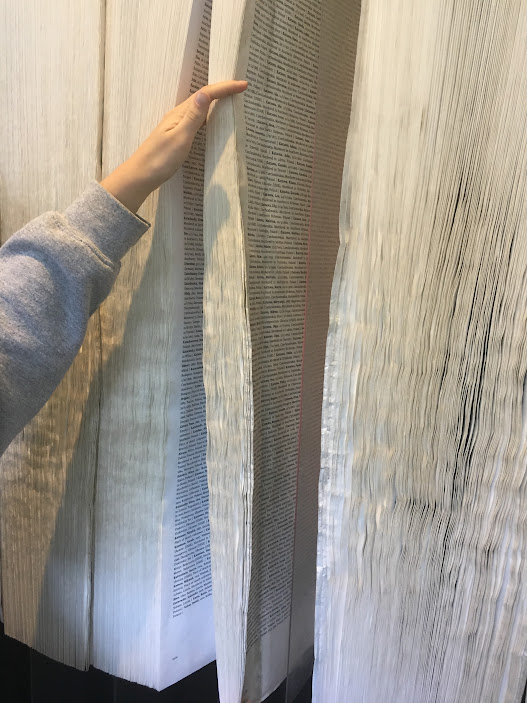 The Book of Names, specifically the names of all the Katz’s

The photograph is rushed and blurry. It invokes the feeling of panic. The fact that it survived is a testament to the Jewish mentality of never forget and never again. 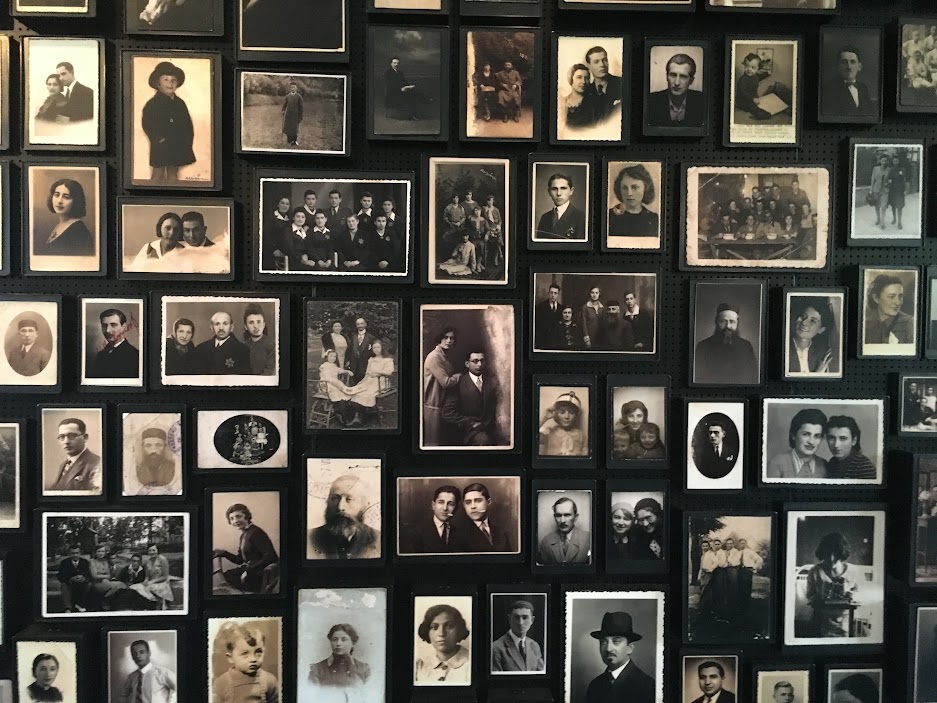 Another way victims are represented through photography is through their family portraits and mementos that Jews brought with them in hopes of a new life, as so they were told by the Nazis.

Men, women, and children line the walls, in their best clothes, smiling, photos of grandparents and grandchildren alike. They are not just victims; they are the heritage of the victims. They are images of loved ones that passed away long before the Holocaust. It is sad that don’t know the stories or the people in the photographs, and we never will.

Some of the worse images of victims are not images of victims at all. At Stutthof, we saw a film called Ambulans, which features Nazi loading a teacher and some school children into a truck, an early form of gassing used by the Nazis. However, this film does not feature actual victims. It is a recreation, a work of historical fiction made in the 1960s. This short film, along with other films about the Holocaust, like Schindler’s List, features horrifying images of the Holocaust. They feature sad children and naked, emancipated women and men.

These aren’t genuine images of victims. They are works of fiction, and however accurate they may be, they are still not portraying the true victims of the Holocaust. Those images are few and far between.

I picked this topic because I couldn’t really imagine going on this trip and then revisiting images of perpetrators. I still don’t know if I would want to, but I ran into a distressing conflict with the topic of images of victims: what counts as an image of a victim? It was easy, within places like Auschwitz and Treblinka and even on tours of the ghettos, to identify photographs of those who were murdered during the Holocaust, but I found myself reluctant to rule out other, less strictly literal images as images of victims. 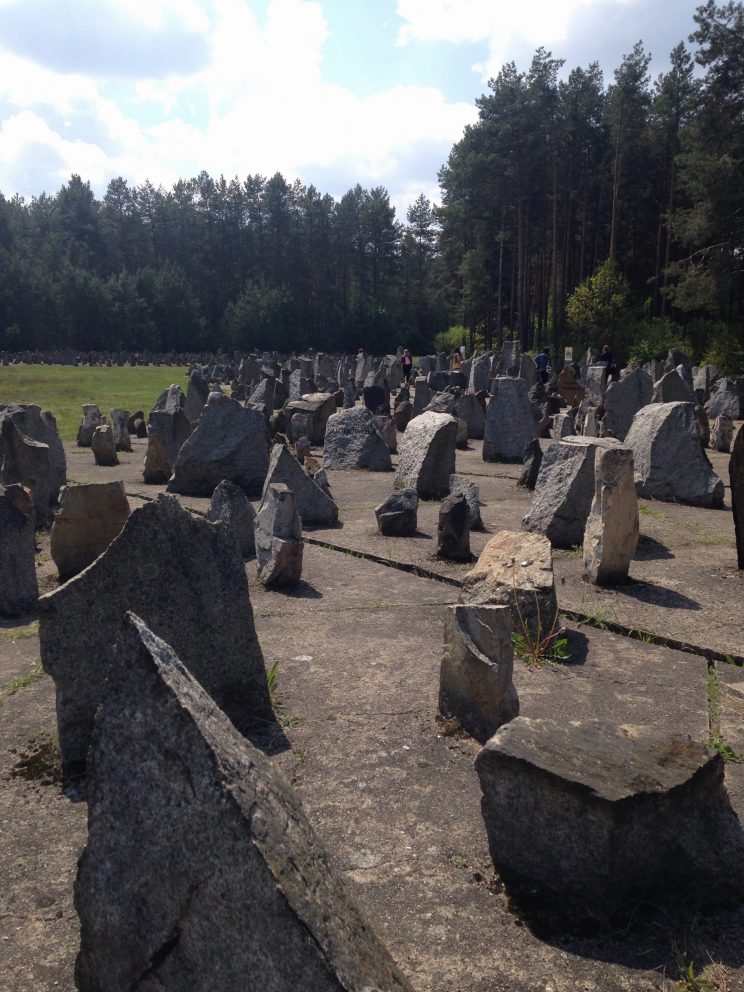 A photograph, of course, is simple and incredibly important to see. In one of Auschwitz’s buildings, hundreds upon hundreds of faces (most of whom were dead within two months of their intake photograph) stare down from the walls; in Auschwitz-Birkenau, a wall of confiscated photographs shows thousands of victims whose names and hometowns we may never even know. Photographs– whether family portraits from before the Holocaust or the scarce, blurry evidence photos taken by a member of the Sonderkommando– lend immediacy to these places, but also reinforce just how unimaginable the circumstances were. We still take photographs, and we recognize the poignancy of family portraits and images of children, but it is impossible to put oneself in the mind of the “inmate”– today known only as Alex– who took the Sonderkommando photographs. 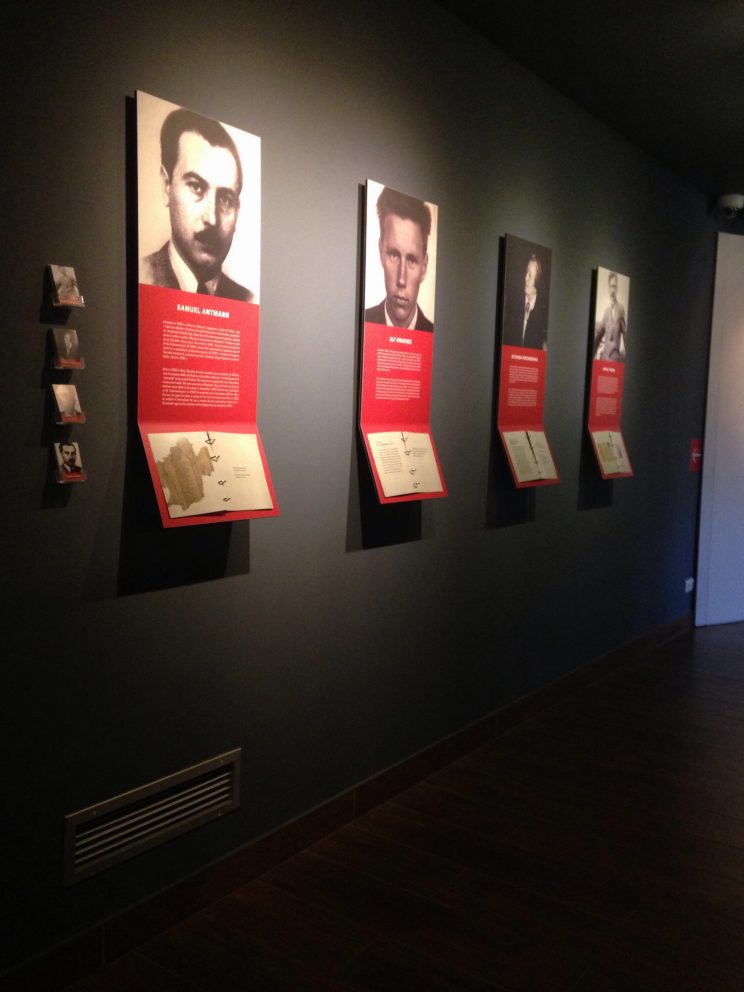 Images and biographies of victims at Majdanek 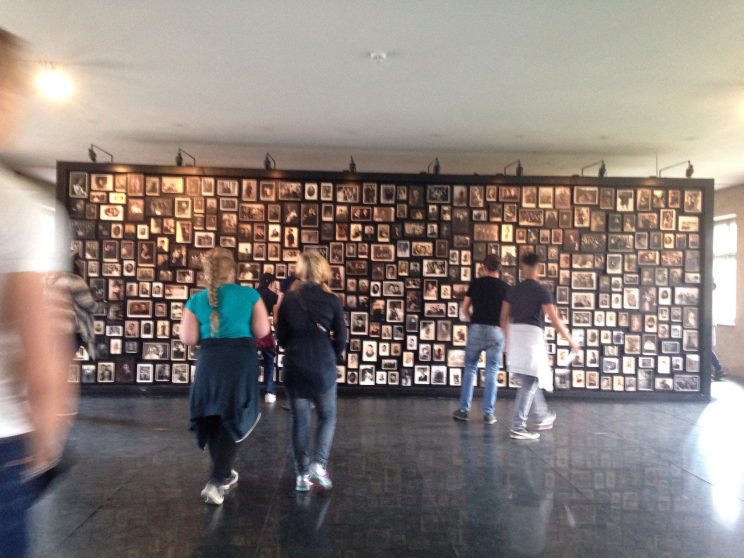 As I said, though, I find it equally important to consider the metaphorical representations of victims present throughout Holocaust commemoration in Poland. The stones at Treblinka were one of the first examples of this, and I wrote in my journal that it was a jarring experience to approach a larger stone, expecting to see the name of a town, only to find it empty; like with the family photographs, there are names that we will never know. I did still wonder what all to include here. Do the fragmented gravestones from Jewish cemeteries, used to pave roads in Treblinka and Majdanek, count as images of victims? What about the children’s drawings or piles of eyeglasses at Auschwitz? It was easy for me to classify photographs or the mausoleum at Majdanek. I also want to include things left behind, whether purposefully or by force– to me, these objects and images symbolize not only the enormous number of those who were murdered, but also the individual lives they lived, the things they valued, and what they wanted to remember about their own experiences. 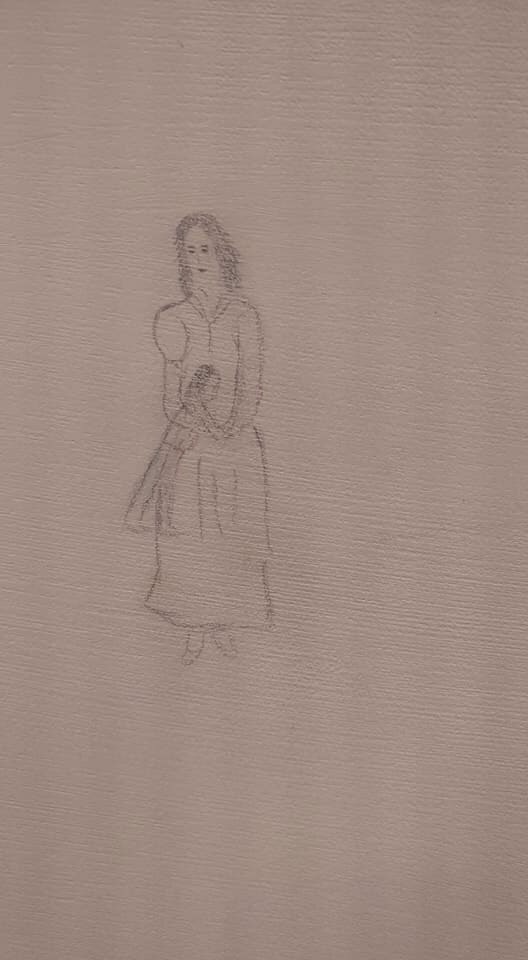 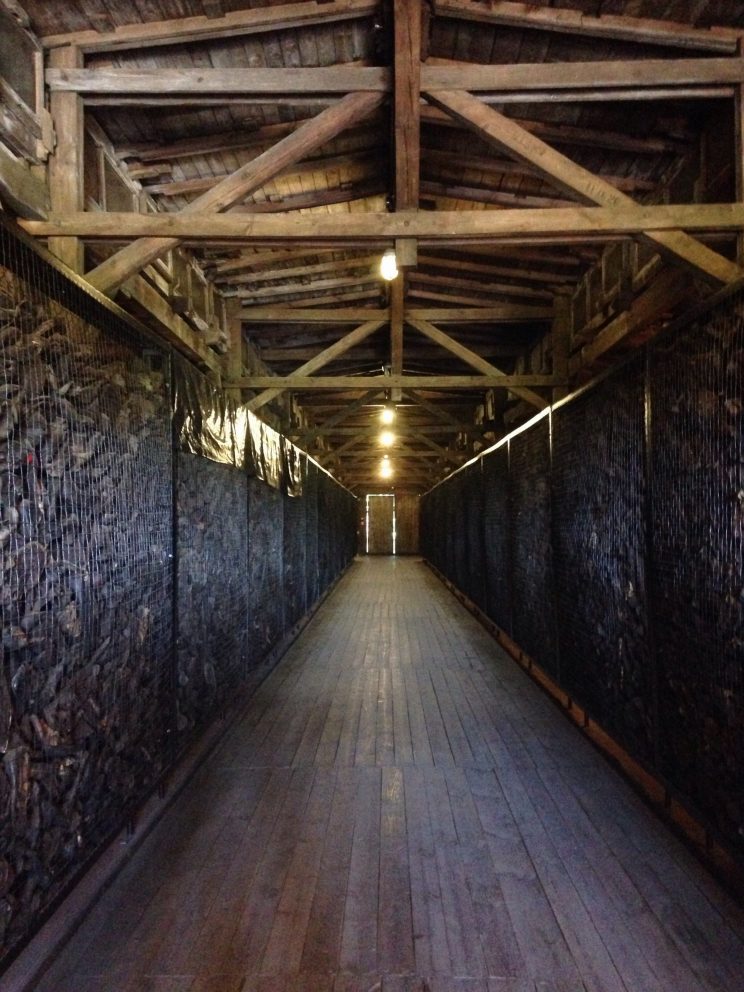 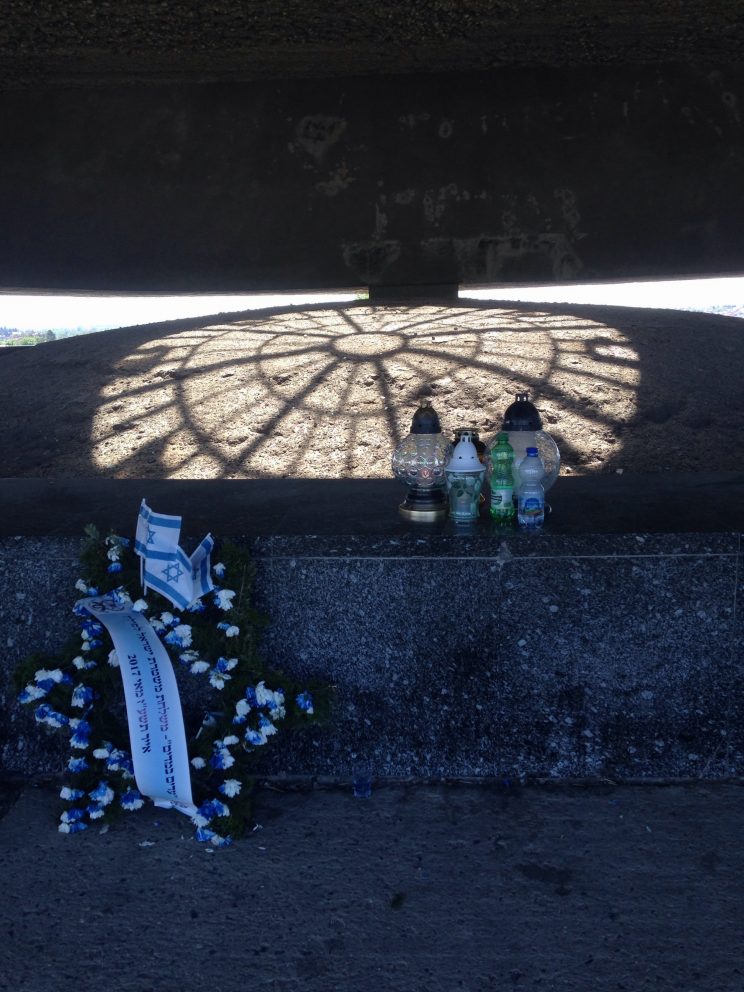 Ashes of victims in mausoleum at Majdanek

Image of victims at the concentration camps commemorate the lives and stories of those who lived and perished under the cruel rule of Nazi Germany. Each concentration camp had remembered the lives once present their in various distinct ways but at the same time carried the same theme. A theme of loss, a light going out never to be found again. Things once belonging to people now never to be used again. Yet, amongst all that sadness is all the told and untold stories of those who have passed away into a better life.
While in Treblinka I and II, they chose to create a structure upon where it was guessed to house the gassing chamber that would have been right next to the train platform receiving the new incoming train “passengers” when arriving at the camp. Those who misfortunately were chosen ended them. They all had rock/boulders at the entrance to the pathways sitting the names of the countries where the Jewish people had traveled from. The ones closer to the actual tall monument housed hundreds of more boulders with also the names of Polish cities and one for Korczak. Seeing all those markers put in perspective all the lives lost. When you read about it in a textbook or a document you never really fully understand the sheer amount those numbers can be until in person. 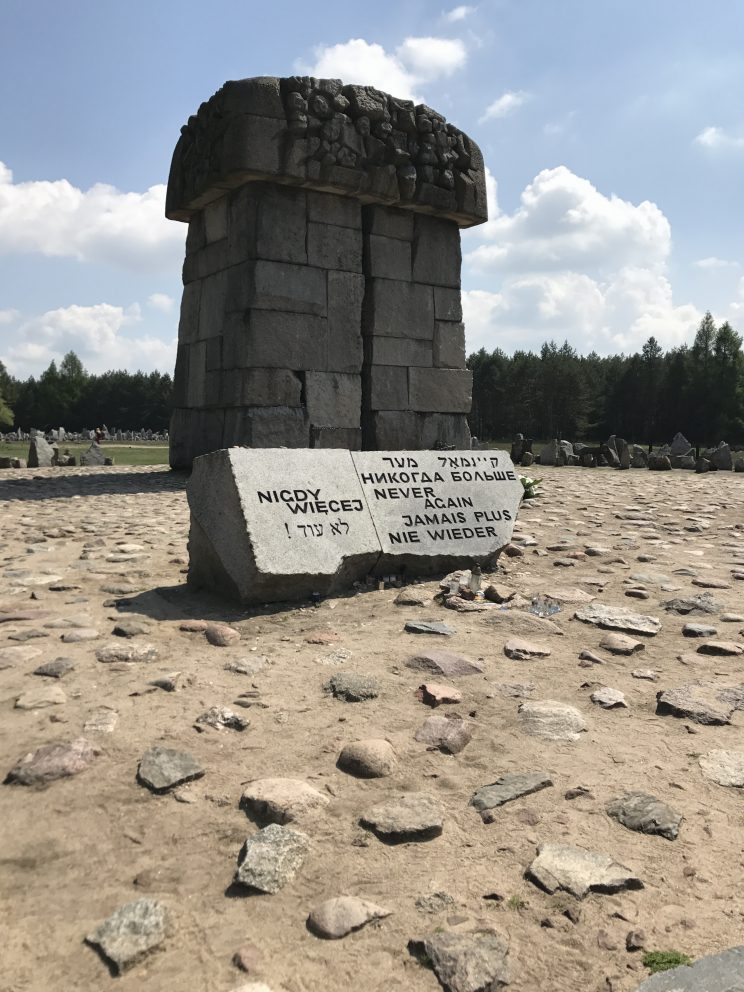 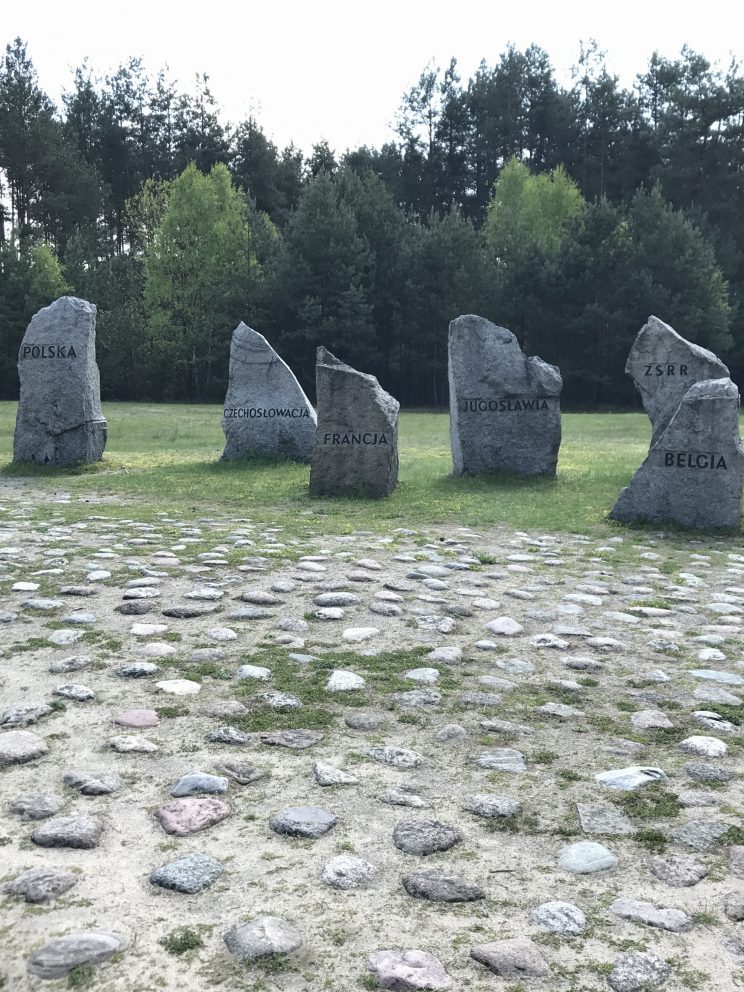 Countries that the Jewish people arrived from to Treblinka

In Majdanek, they have statue twice the size of Treblinka, this one marks the entrance of the camp. The monument has a ditch in front of it but to its side is a slim opening. The slim opening is said to represent the small chance someone had to leave this camp as a runaway and as a survivor. This was the first camp where I saw personal items, such as shoes ranging from adult shoes to even children shoes. In addition, the museum has a copy of the camps resistance movement map drawn by a fellow member. Finally, Majdanek has two statues (replicas mainly) of two winning statutes of a contest in making the camp a more beautiful place to be in. Winners consisted of a turtle rock and a column of three Eagles. Concluding, the tour is a Mausoleum that represents the killing of hundred of Jews right before the war had ended. 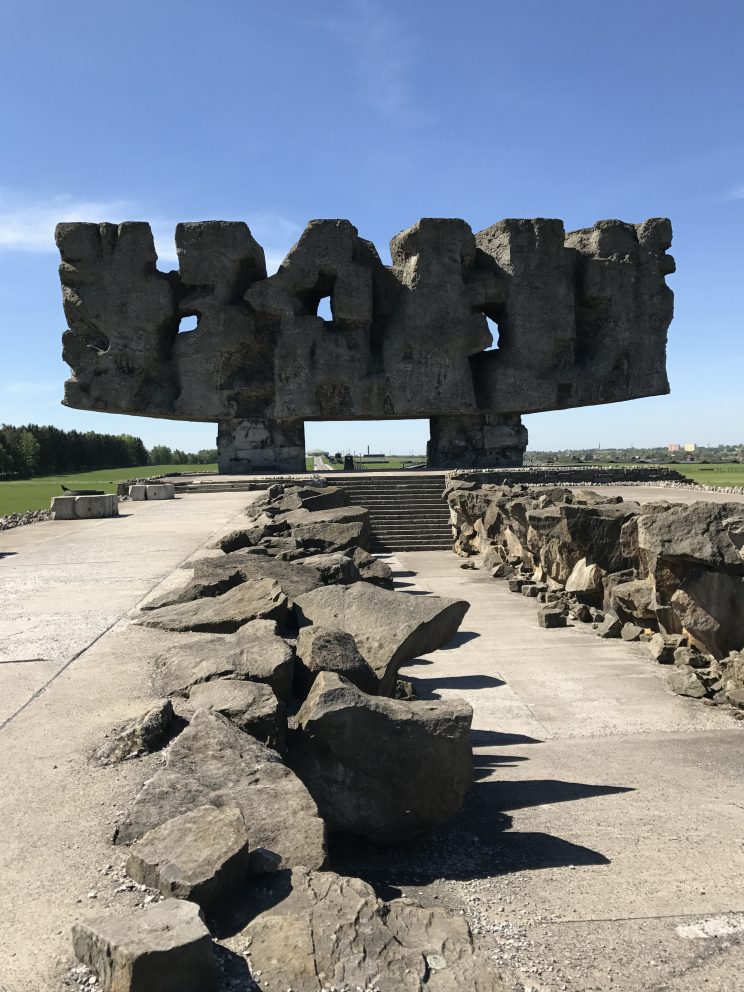 Statue in front of Majdanek marking the entrance of the building. 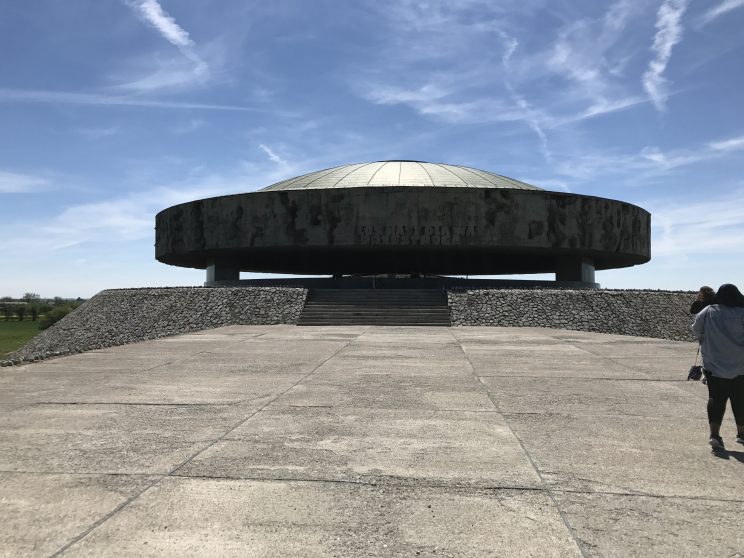 Finally Auschwitz I and II- Birkenau, in Auschwitz I, I felt my heart tighten when I looked upon the children’s drawings on the white walls. The images document happy children slowly break down and recreate the horrifying images they see in their day to day lives. As we ended this section you could see how they no longer had hope and wished they could leave their imprisonment. Moving from this camp to Birkenau, we see a different light shined on the victims. When arriving at the gas chamber/cleansing room finale you come into a room of millions of pictures. Pictures of families, men, women, and children all posed in front of a camera with a big smile. The images of those faces will always remind me of a happier time, a time where happiness and simple problems were the most mundane before everything was taken from them. 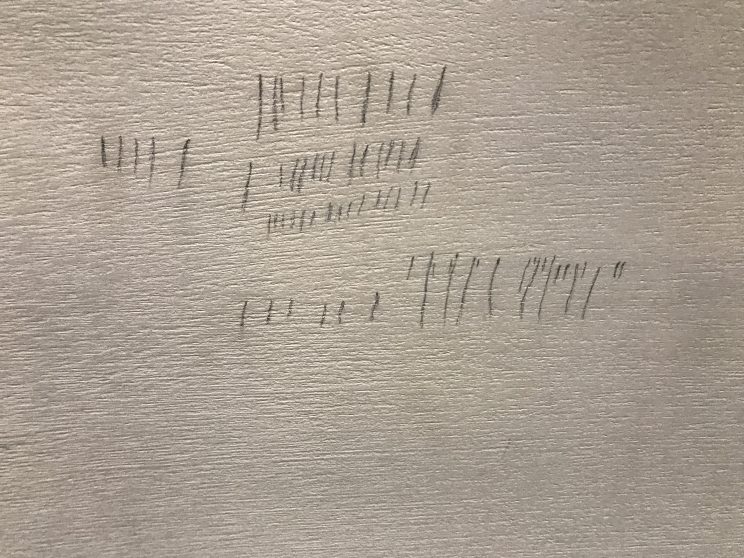 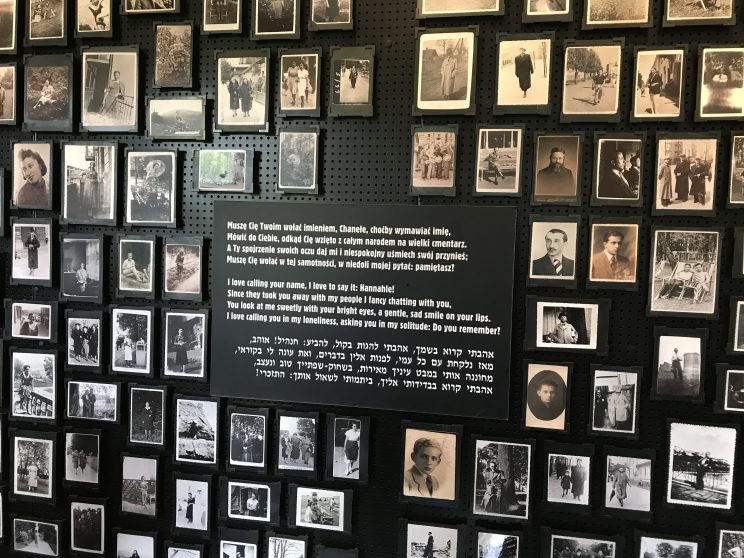