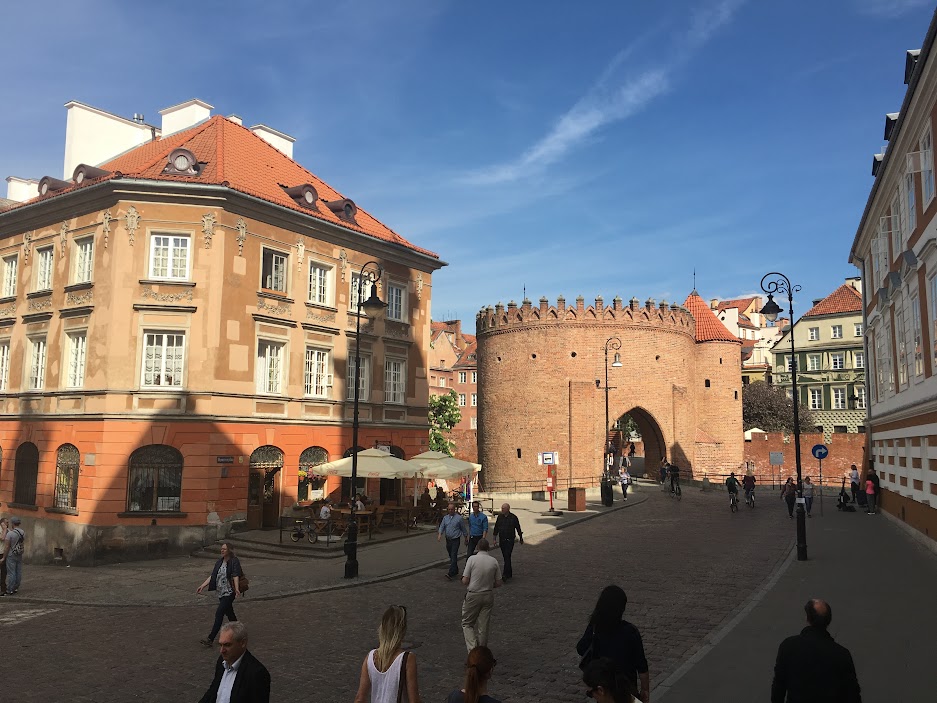 The Walls of Warsaw

Traveling through Poland, one could not miss the abundance of Gothic architecture, contrasted almost directly by its Renaissance and modern surroundings.

Gothic architecture, which prominently features ogival, or pointed arches, flying buttresses, and horizontal lines. In Poland, like many Baltic countries, most structures were built in brick. This particular style is called Brick Gothic and is prominent due to the availability of clay as a building material in the 13th and 14th centuries.

The main centers of Gothic architecture in Poland that we saw were in Krakow, Gdansk, and Torun. Krakow features the Collegium Maius and the Wawel castle, while Gdansk has St. Mary’s Gate and Torun has the Copernicus House, amongst many other examples.

Perhaps where we saw Gothic architecture most prominently featured was the Malbork Castle, which is the largest brick castle in the world, and a prime example of the Brick Gothic style. 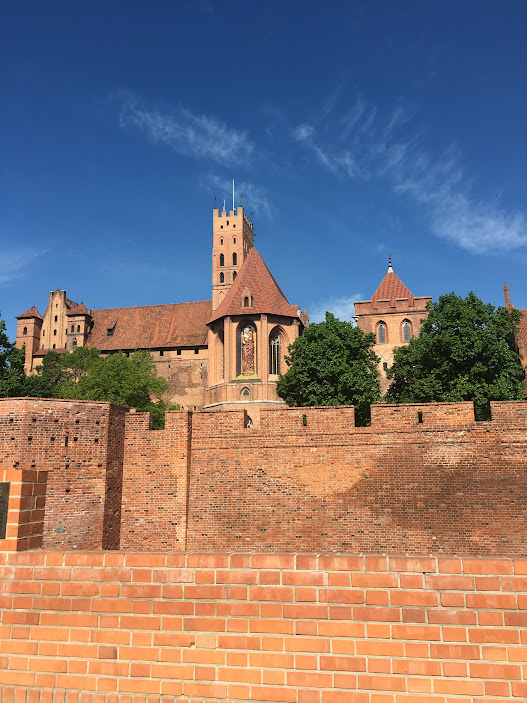 The  Castle of the Teutonic Order in Malbork was home to the Catholic Crusaders, the Teutonic Knights, and was built in the 13th century. It sits on the Vistula river and was heavily damaged during World War II. It has been painstakingly restored and is now a UNESCO World Heritage site.

The Castle is made up of three separate parts, the high castle, the middle castle, and the low castle. Each part of the castle is surrounded by fortifications, amounting to 5 1/2 kilometers of walls. Some of the fortifications include gates, armories, towers, and moats, which also functioned as a sanitation system. In its existence, the Castle was never fully invaded. The high castle was built first, in 1274, and was erected in a square structure, as was a common feature amongst Teutonic castles. By the time the low castle was built, the entire complex was around 52 acres and housed around 1000 knights, priests, and servants.

Another stunning example of the Brick Gothic style is St. Mary’s Basilica, in Gdansk. It is the largest brick cathedral in the world and is an excellent example of Gothic architecture both inside and out. Building began in 1379 and was opened in 1502. 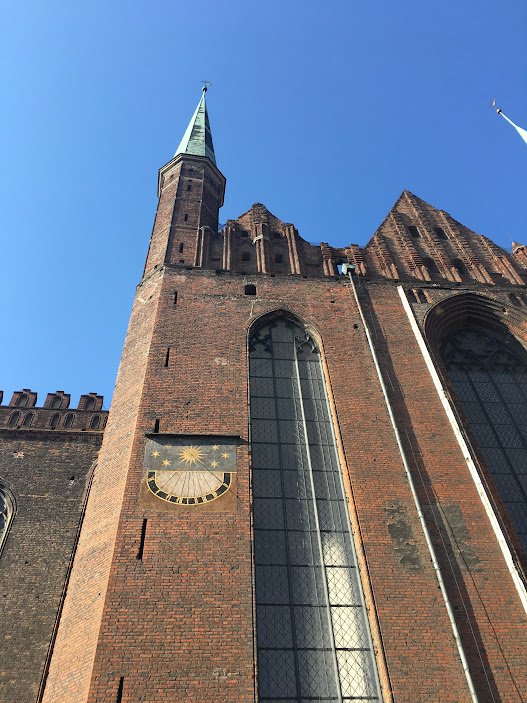 The exterior of the church is a simple brick facade, made possible by numerous interior buttresses. The windows of the church are high and long and end in pointed arches. The cathedral is a long, arching hall with three aisles. The nave is 105 meters long, and the ceiling is 30 meters above the floor.

I found the Gothic architecture of Poland to be stunning, and incredibly well preserved. It was my first time seeing the Brick Gothic style– I am used to seeing the stone architecture of Notre Dame or more western European structures. I was surprised by how massive these structures were, and how well built they were. Most were extremely well preserved until World War II, and even then, their restoration has been painstaking and deliberate. The Polish are committed to preserving their architecture and heritage, and that is evident when visiting these magnificent works of medieval architecture. 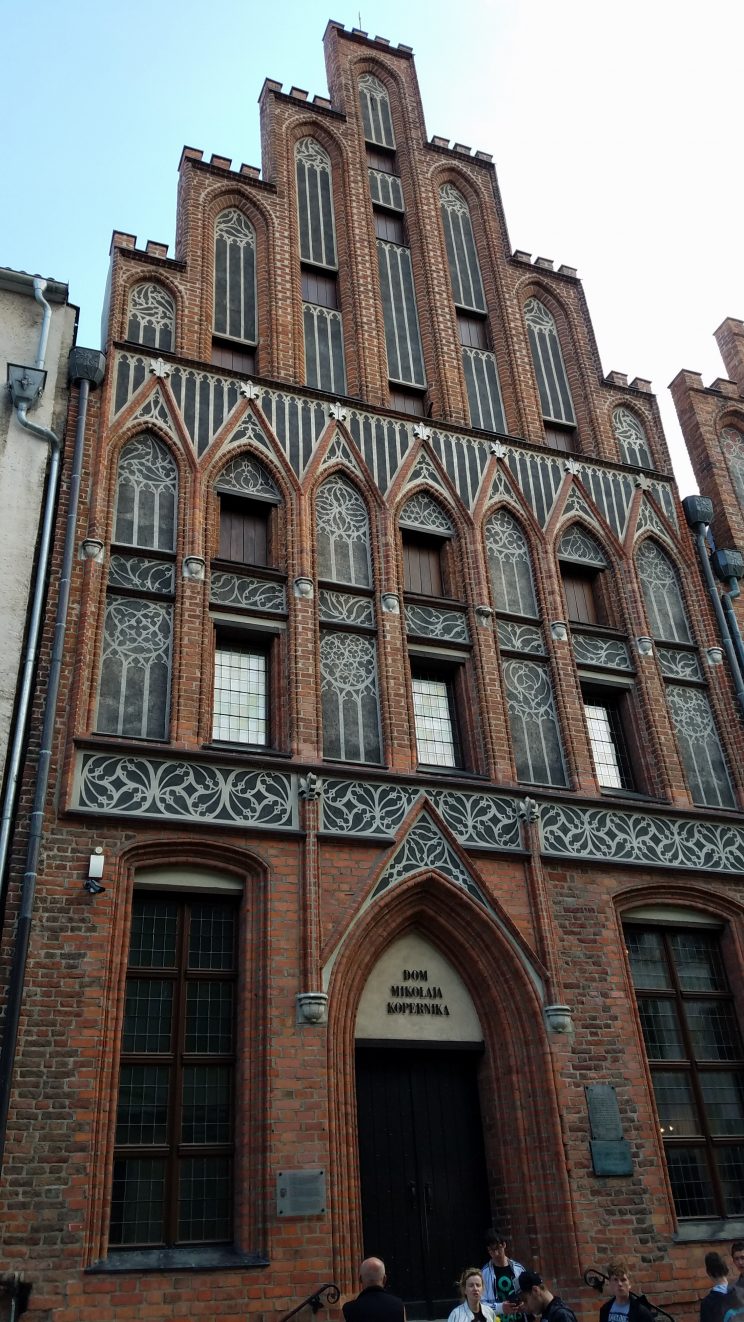 Eastern Europe is not typically associated with Renaissance or Gothic architecture. This is an oversight as Poland is filled with gorgeous cities where history is well-preserved through its buildings. Despite the material we covered in class I was still blown away by the beauty of Polish architecture. The Polish take on Gothic architecture juxtaposes the imported Gothic style with local materials. “Brick Gothic” architecture seemed to acknowledge that the weightlessness of traditional Gothic does not translate exactly to brick structures. This unique style was very striking and caused one to take a second look at familiar techniques and silhouettes in a new light.

The most striking example of the Polish Gothic style was Malbork Castle. This castle, located about an hour outside of Gdansk, is the largest castle in the world by land area. Thoroughly bombed during World War II, it was incredible to see the reconstruction that has been done in order to preserve this historic site. The brick facade is a patchwork of bricks with some dating back as far as the early 15th century whereas others are just a few years old. Malbork Castle also presented the most complete look at what life was like for those living in these imposing structures. In visiting the castle we could admire all the familiar elements of the style (pointed arches, ribbed vaulting, etc) while also learning about how convenience and practicality were built directly into the architecture. Sewage, heating, defense, even the transportation of food throughout the castle, all played a role in the design of Malbork. 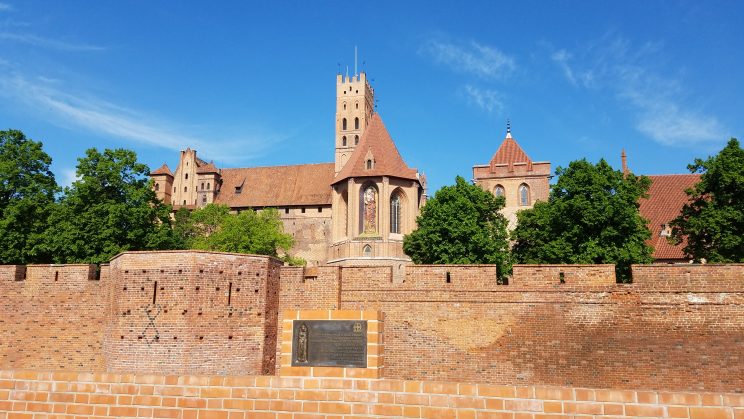 The castle was also a great example of how, despite appearing the same on the surface, Gothic buildings in Poland tended to undergo massive transformations throughout the years.. This really illustrates how dedicated the Polish people are to preserving their history in spite of a lot of destruction and in spite of the fact that much of the world is ignorant to what Poland has to offer in terms of architectural beauty. Poland seemed to be a country that was very proud of its cultural history but also very much interested in modernizing itself and playing a role on the world stage. 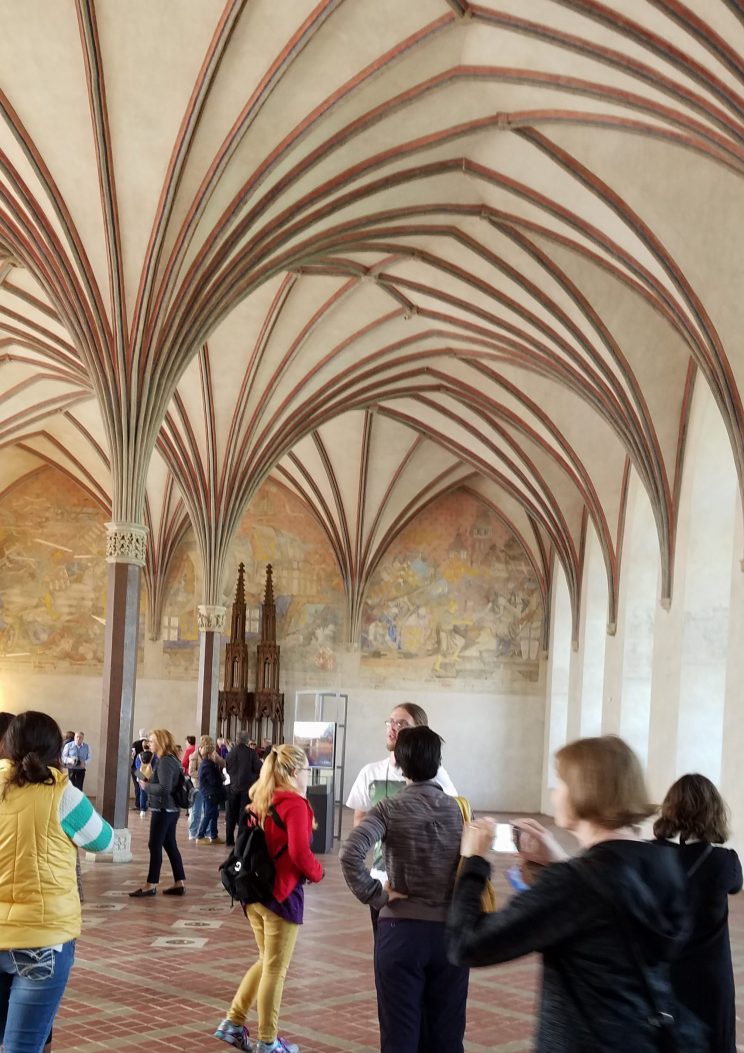 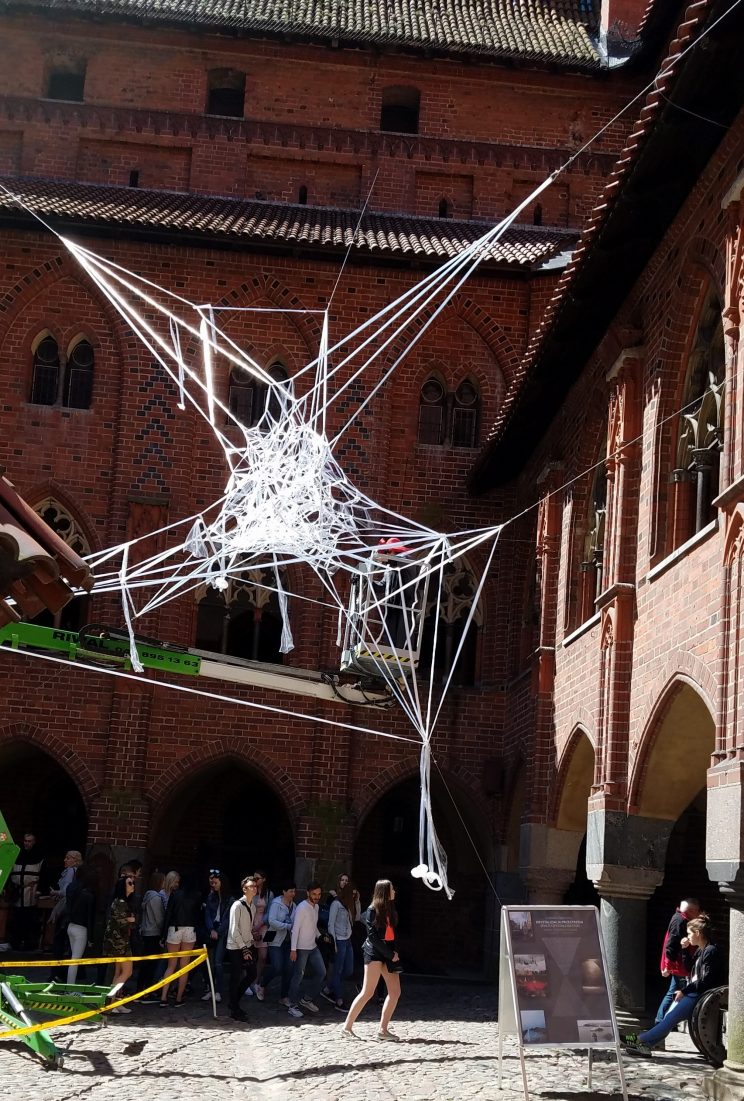 There are so many beautiful Gothic buildings to see in Poland. Whether you tour Wawel Castle in Krakow, visit the towering St. Mary’s cathedral in Gdansk, or merely wander around any Polish city—-you will find a lot of beauty and a lot of brick. It was really amazing to see the centuries of culture that Poland treasures and preserves for future generations.