There is no better way to learn more about a country’s culture than by trying their local cuisine. Eating Polish food was both enjoyable and informative because it allowed for me to completely immerse myself in a culture that was not my own one pierogi at a time. I noticed that Polish cuisine as a whole was simplistic with the dishes being highlighted mainly by the core ingredients. Spices used, if any, were often times subtle flavors like dill and parsley. Sauces also were not common in dishes. For instance, schnitzel was simply breaded and eaten as is; however, lemons or limes were available upon request and there was the ever-present ketchup. The infamous pierogis were reliant on its fillings and a variety of simple toppings. The most common topping for pierogis was gravy. The gravy only consisted of butter and onion. A little of my Southern heart wept that this what was considered gravy in Poland when I considered gravy to have a bit more substance and depth. That did not stop me, however, from stuffing myself with gravy-covered pierogis whenever possible and having pierogi-envy when I was unable to order pierogis at the group dinners.

Polish snacks were a little bit of an experience as well. I must admit that I did not try that many Polish snacks because I am a cheap person but the ones that I did try and the ones I saw were interesting, to say the least. The most notable aspect of some Polish snacks was ketchup being a common flavor. I was surprised at first to find out how big of a deal ketchup was in Poland. I never considered ketchup being a flavor I wanted on my crisps but it was actually not that bad. However, I say that when the only ketchup-flavored snack I tried was Cheetos and I only realized it had ketchup in it after the fact. Another distinguishable flavor I saw was spring onion. Scallions are not limited to Poland but are not commonly advertised as a selling point in flavored snacks in the U.S. unless paired with other ingredients. Poland offered spring onion paluszki (Polish pretzel sticks) that were quite tasty and was a well-known snack. The spring onion was by no means as prevalent as ketchup.

What international chains that frequently popped up in cities in Poland left an impression on me- almost as must as the love for ketchup. The restaurant chain I saw the most of was KFC. I never thought I would see so many KFC places as I did in Poland and I live in the South. Sadly, I was unable to eat at a KFC in Poland due to time constraints, so I am not able to compare the menu’s items to those in the United States. Pizza was also very common but came from many different chains, so I can not name just one brand that stood out. Poland did have its own take on pizza, though. Zapiekankas are a Polish equivalent of pizza but are made using a baguette instead of standard pizza dough.

Polish cuisine as a whole was paradoxical because of it seeming familiar yet different at the same time. The best I could explain this contradiction is that some Polish cuisine was inspired by international dishes and the simplicity of the meals allowed for connections to be made to dishes from different cultures. 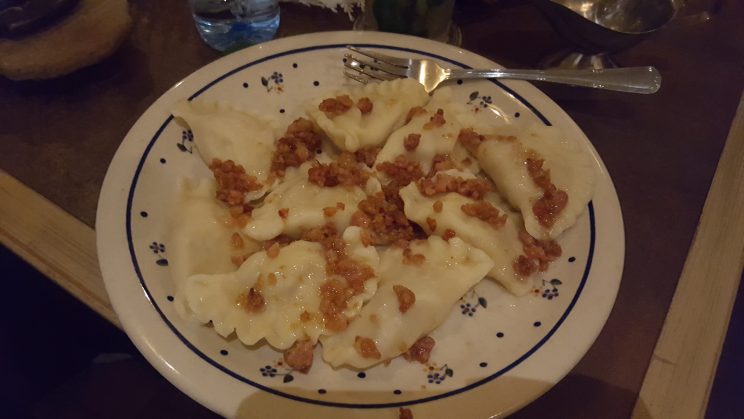 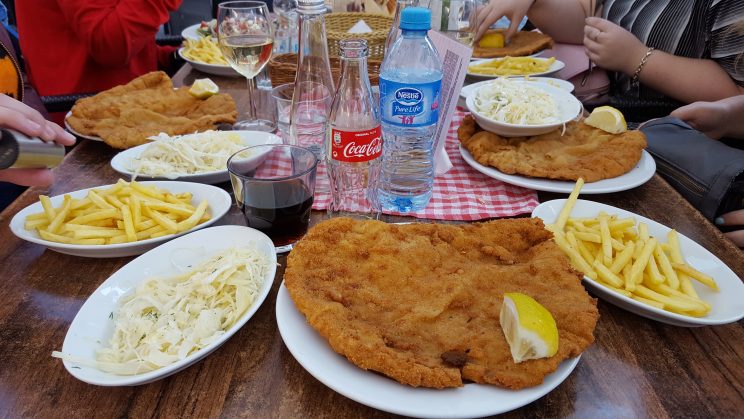 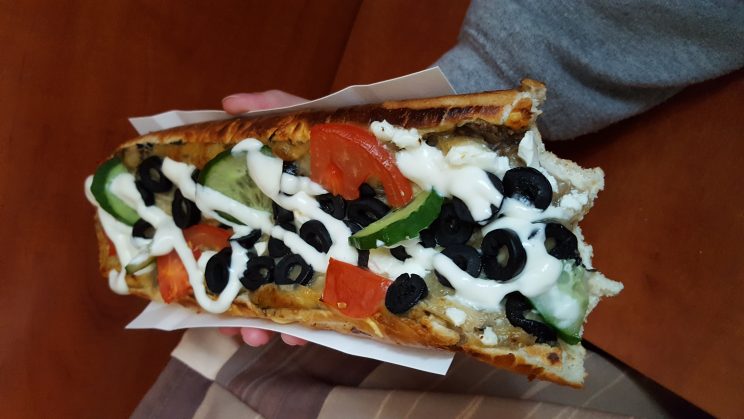 I am probably the least indicated person to write a section about food in Poland, due to, my interesting food choice selection. However, I will try my best to capture the entirety of Polish food.
While in Warsaw, Lublin, Krakow, and Gdansk I was pleasantly surprised at the foods served at the group dinners. The food was diversely different from one place to another, it was very regionally. The soup presented in each city was different never the same in one city we didn’t even receive soup. I got to experience a chicken noodle soup, a sweet soup, and matzo ball soup. I normally never enjoy soups but these ones made me want to keep eating them until my stomach was full. Gdansk was the only city that did not have soup, however, it did serve some delicious bread that is made from scratch which tastes good no matter what restaurant you go into. 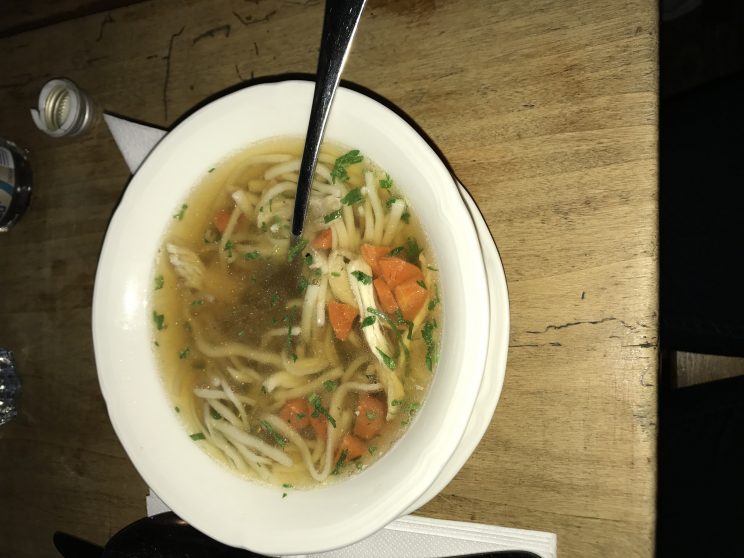 The main course was always some sort of a meat or poultry. My meal was always chicken but the chicken never tasted the same no matter what region and/or city we were eating at. Which was the same whenever I went ate out at the restaurant. I had heard that the food could sometimes be without seasoning but everything leading up to this moment always tasted good. This is always by far my favorite course because I get a full stomach to accompany the delicious soup that we are served. 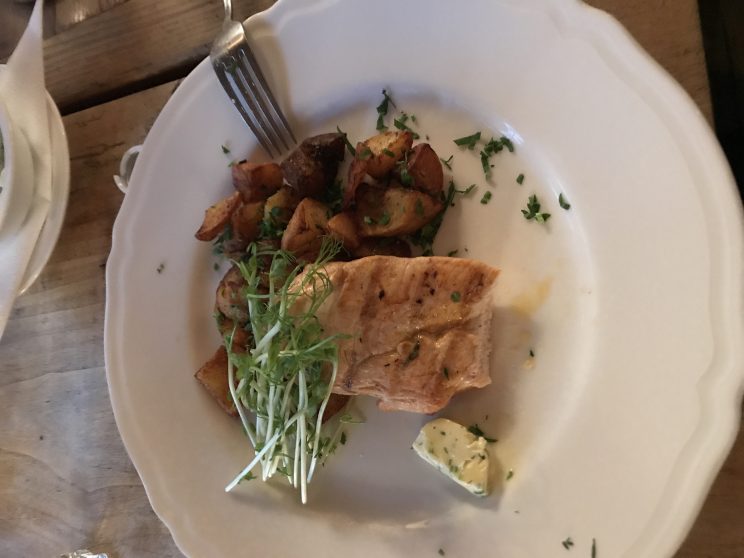 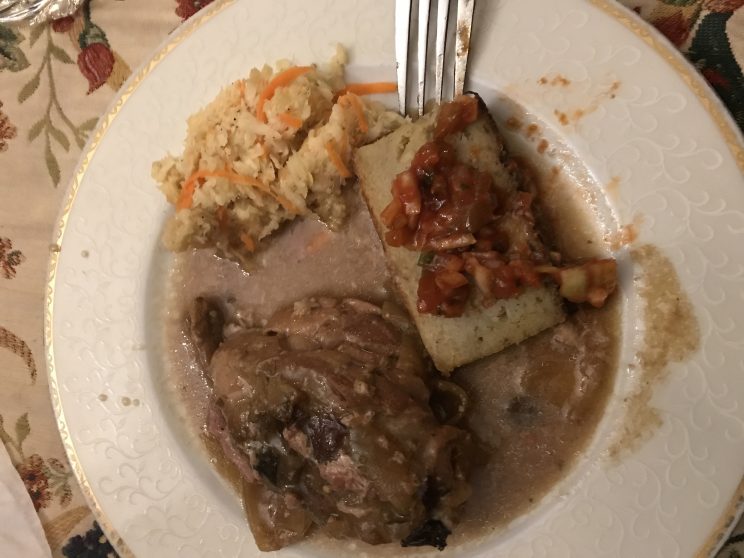 Turkey with gravy, saurkraut, and bread with a dressing

However, desert was always my favorite! I usually never get to the desert because I always get a big main course but since the food here is well proportioned I always get a chance to eat all of my desserts. It all ranged from a delicious apple pie, carrot cake with a jam, and chocolate cake. 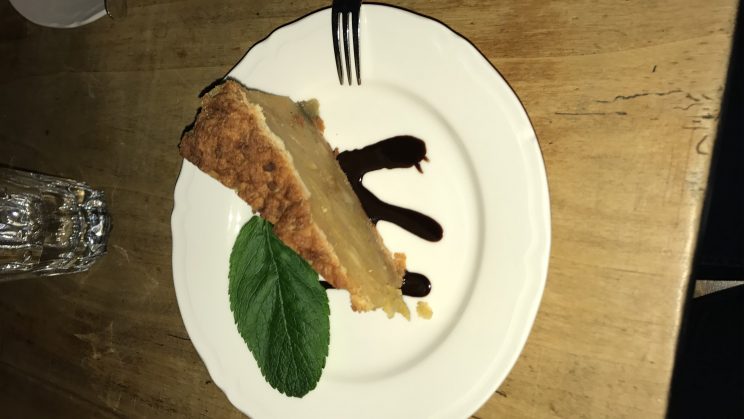 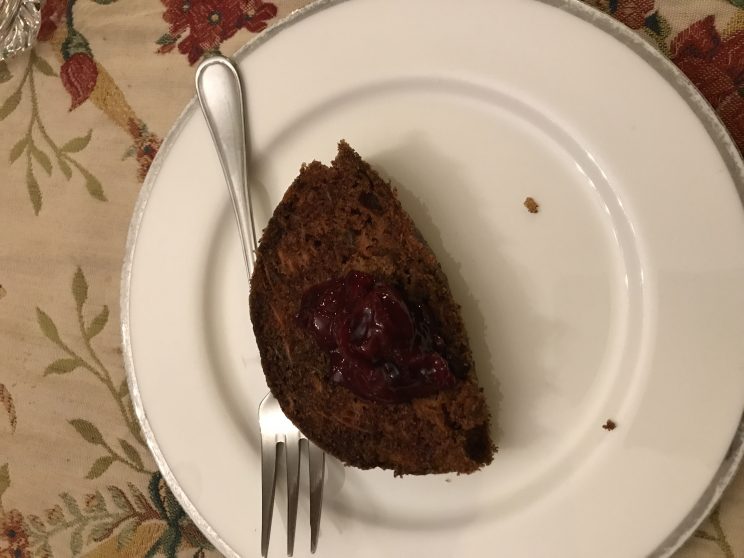 Moreover, besides these group meal, the other foods I ate individually was also as good! I got to eat Chinese, Kebab, and most importantly Dominos Pizza. They had Dominos Pizza in Poland, I never thought in million years I would find a Dominos much less a Pizza Hut. Yet, the most important thing that should be noted is the ice cream. Although I did not take a picture of my first ice cream which was delicious. The second ice cream I had was also good but not as good. Also, “street food” there was delicious especially the Kebab sandwich that I had was exceptional, took me 15-20 minutes just to get half way. Finally, I think an important thing to note about all these outside individual foreign restaurants is that the people that served the food here were Polish. I believe my food experience here was the best and would recommend eating everything that Poland has to offer. 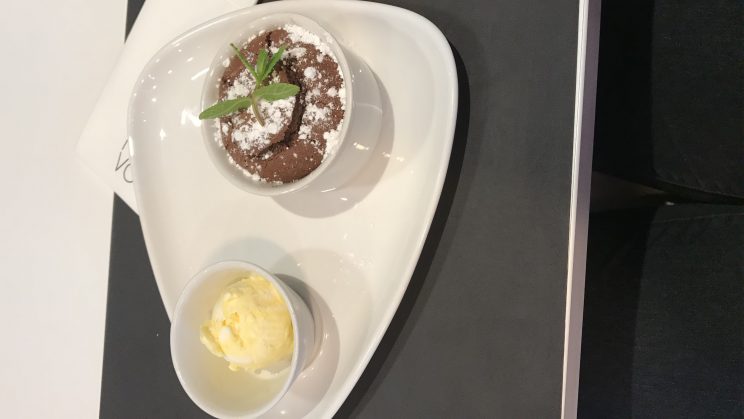 Chocolate Brownie with a scoop of Vanilla ice cream