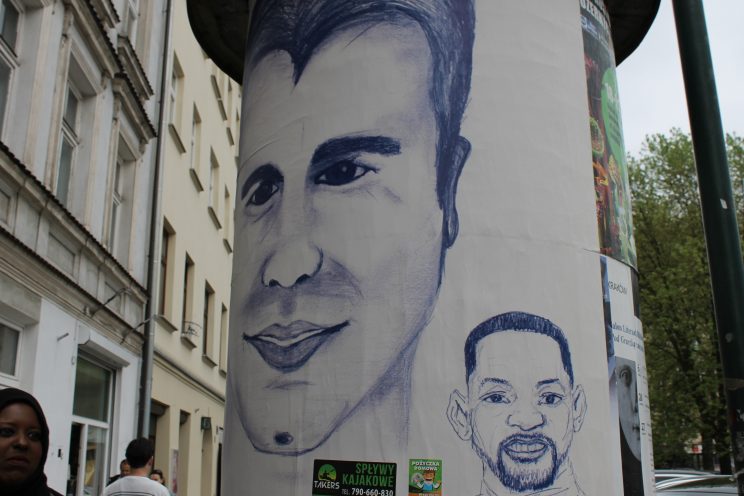 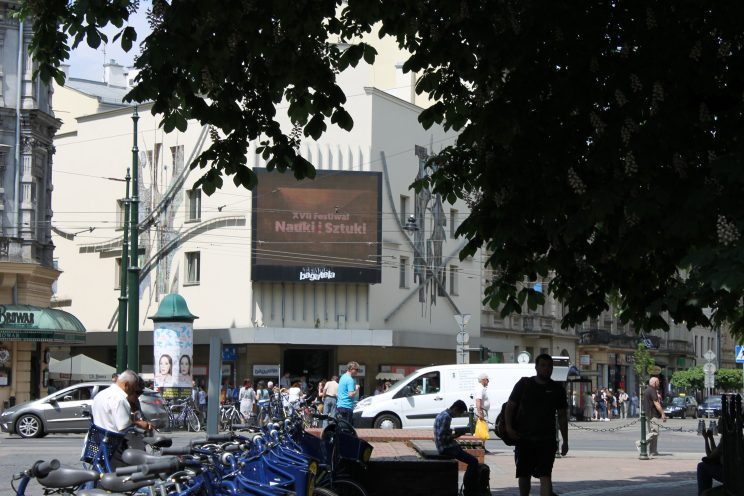 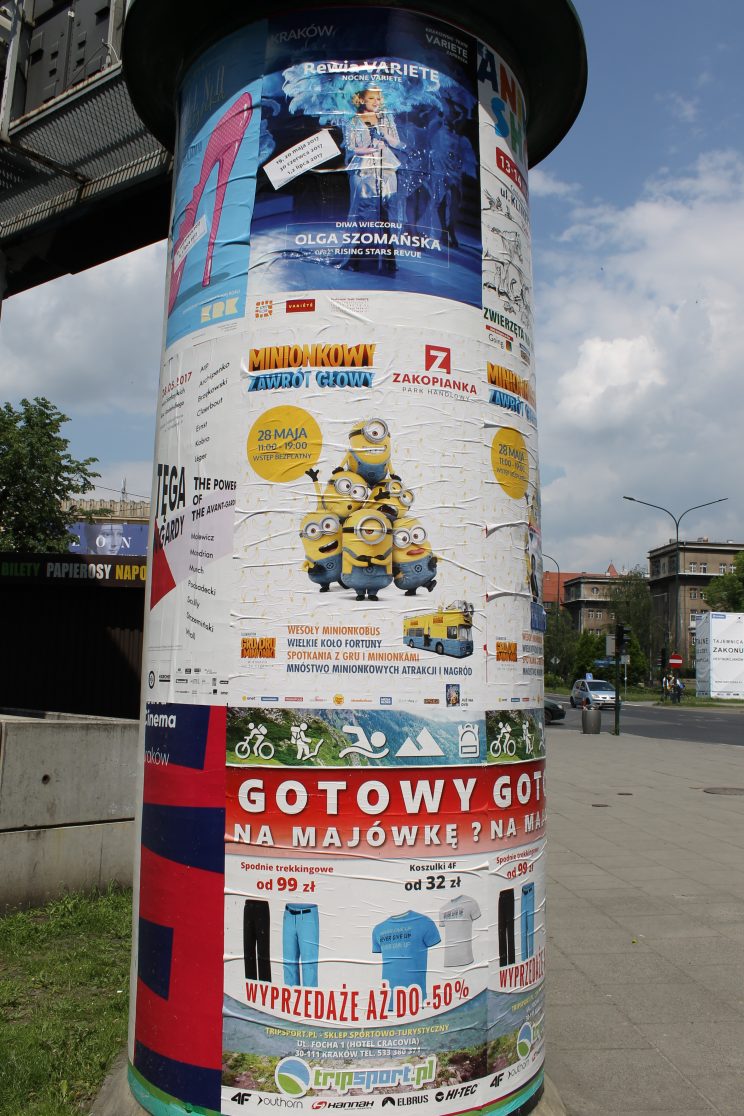 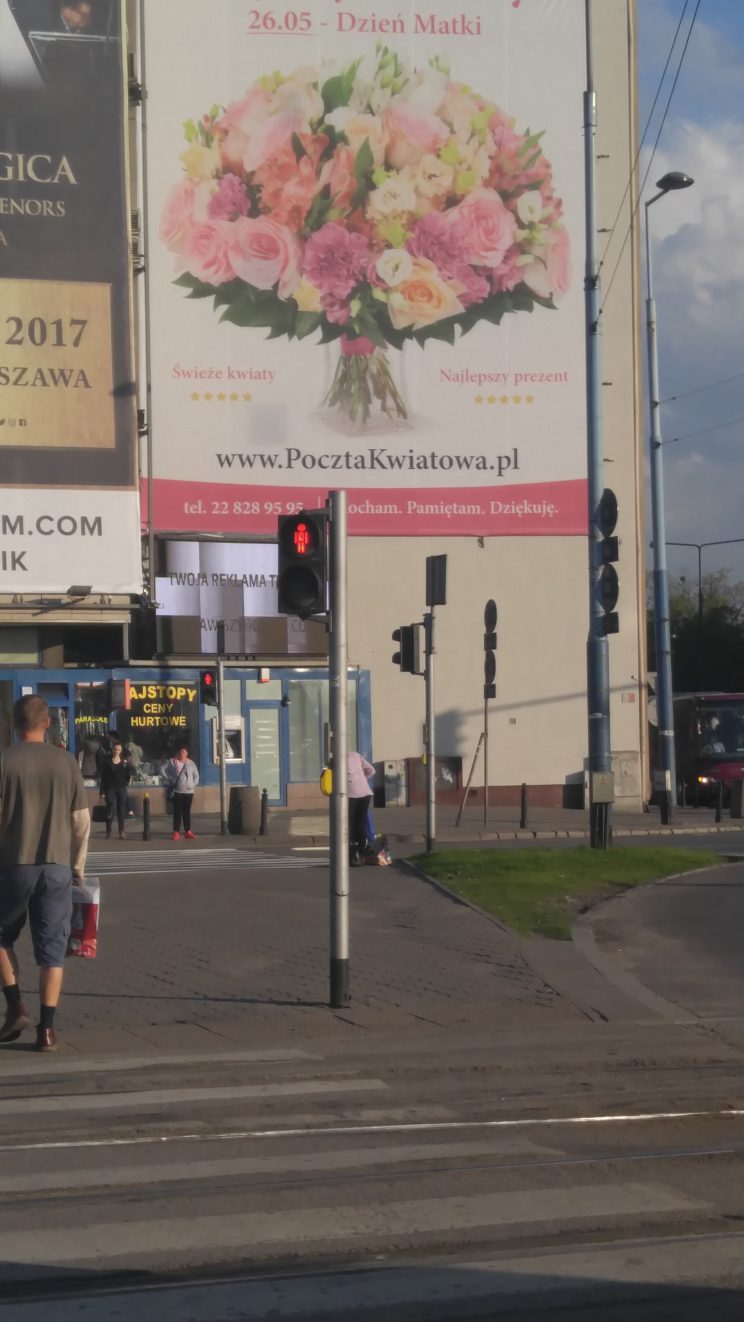 In the United States, window vinyl is used as advertising on cars and in small pieces on windows of fast food restaurants to promote new things. In Polish cities nearly every business has window vinyl covering the entire front windows of their shops. Currently I do not have a picture for this, but if I find one from someone else I will add it.

Billboards in Poland come in a range of sizes. Many of them are similar in size to those in the United States, but others take up the entire side of a building. In regards to language, about half of them are in English and half are in Polish.

The billboards along the road in the countryside were smaller and relatively close to the ground. In the United States, billboards tower above the highways and interstates, but in the parts of Poland we saw, the billboards were more at eye level (at least from my seat on the bus).

On the corners of many intersections, there were tall, round poster towers. They had advertisements as well as promotional material and art projects.

There is a huge smoking culture in Poland. There are people smoking everywhere. However, the cigarette packages have anti-smoking (THIS CAUSES CANCER) images on them just like they do in the United States. The ones in Poland might even be more graphic, but it has not appeared to help much.

Something I really liked about Polish TV is that on the children channel at night there is a soothing tune and colorful, calm film clip of an animated sleeping fish. It plays all night. In the US, Disney and other childrens channels play old reruns and long advertisements for Shark mops. The English channels were all dubbed over in polish, but it was all done by one voice actor and was really terrible.

I also noticed that there were a lot of beer commercials on TV.

In Warsaw the advertising gave the area a very Times Square-like feel. There were huge ads on the sides of buildings that were very colorful and in your face. As you can see above, there were also huge screens that had ads as well. It was also very distracting. I’m curious as to how much it would cost to rent a billboard so huge. 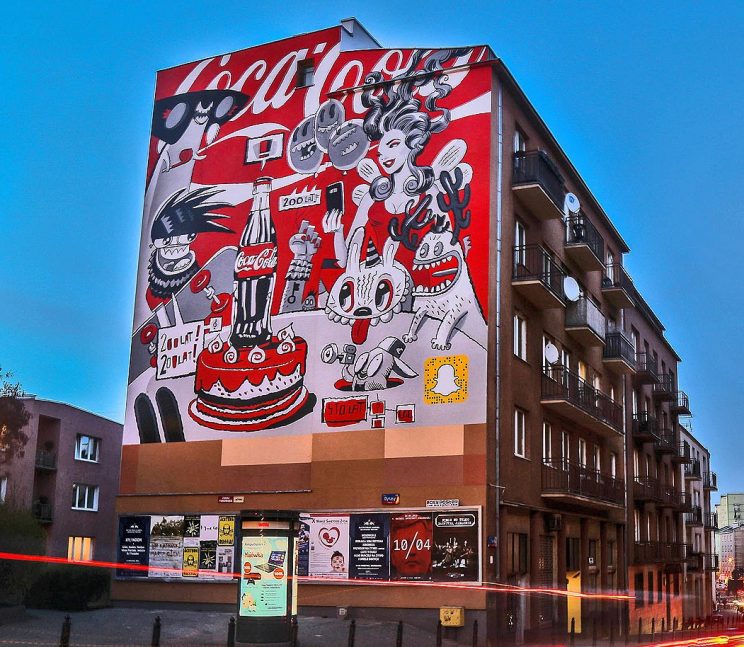 During our visit to Poland we stayed in predominantly urban areas. In the largest Polish cities there seems to be a concerted effort to be solidly European. Yet a lot of the advertisement I saw lacked the distinctive impersonality of big business. What primarily drew my attention was the prominence of graffiti as advertisement. In cities that suffered a lot of damage during World War II there was a lot of reconstruction. Most buildings that were constructed post 1945 are built in a Soviet style that is generally plain and concrete-based. Modern artists seem to be taking advantage of such large blank canvases by covering the sides of many of these buildings in graffiti. Unlike a lot of the graffiti seen in US urban areas however this artwork appears to be commissioned or at the very least sanctioned by business owners in many Polish cities. Advertisement in these areas appears to be a mishmash of pop culture and big business. It reminded me a lot of works that came out of the pop art movement of the 1950s where artists like Andy Warhol co-opted capitalist icons for artistic purposes. Street graffiti in Poland seemed to accomplish the opposite and instead utilized indie artists to promote both local businesses and global brands using their unique style. This same style was seen on the pillars that often decorated city streets throughout Poland. It was bizarre to see structures that I had only ever seen in historical photographs littered with anti-Semite material casually displaying advertisements for shows and products. We don’t really have these columns in American cities; we usually plaster advertisements on whatever spare surface is available. Bulletin boards are more commonly used but they aren’t as “official” or intentional as the columns that seem to span the whole of the European continent. 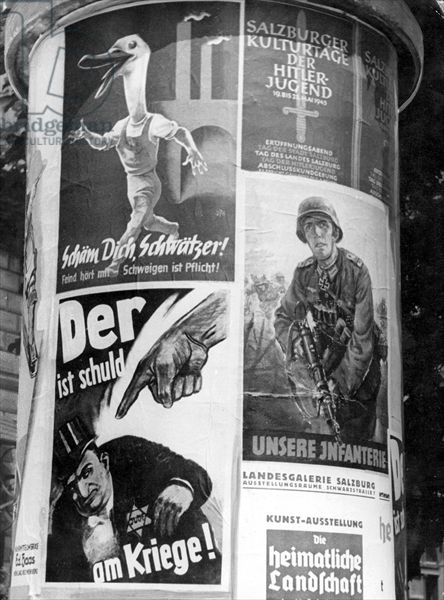 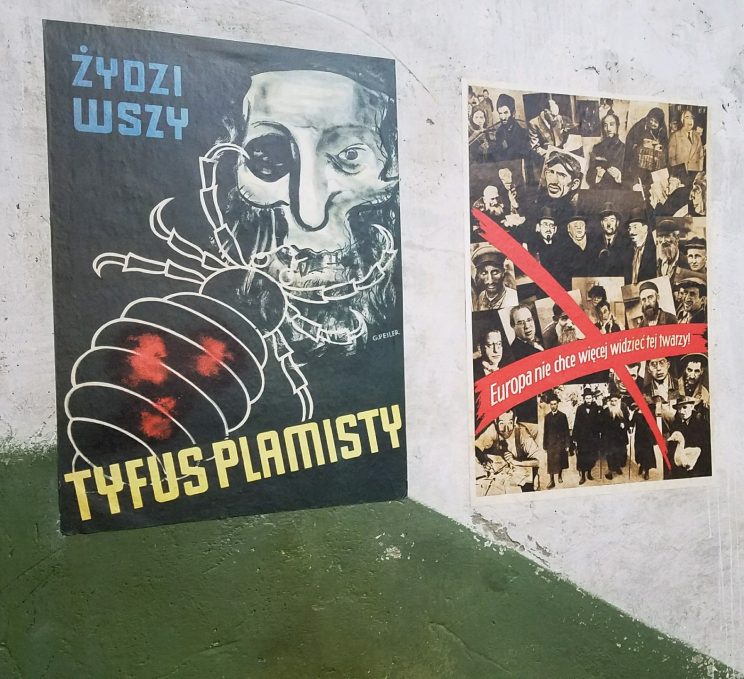 Something else that absolutely shocked me was the use of tobacco advertisement inside discos and clubs. Living in Atlanta I’ve had many opportunities to partake of the nightlife scene. Smoking in many clubs is allowed but the actually advertisement of cigarette brands feels so taboo coming from America. In Poland, however, I actually saw that some clubs will project brand names of cigarettes onto the walls of clubs very non-chalantly. Not only were they blatantly advertising tobacco products, something that is pretty prohibited in the US, but they were actually advertising American brand cigarettes! This was unthinkable to me and made me start noticing the differences between what is considered acceptable to advertise in the States versus what is more normal in the EU. I noticed that alcohol and tobacco were more normalized and available in Poland than they were in the US, The regulations in place in the European Union, and therefore Poland, were so different than in the United States. Yet in Poland they have even implemented many of the designs that have been proposed, yet rejected,  in the US to curb smokers at tills. It was fascinating to see how both countries appear to be trying to cut down on smoking in such different ways.